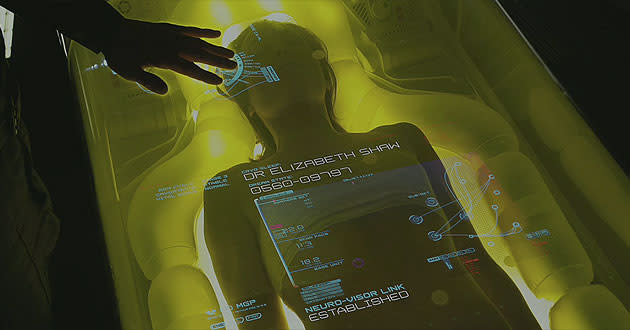 The researchers behind it don't want to call it suspended animation, but it's the most conventional way to explain it. The world's first humans trials will start at the UPMC Presbyterian Hospital in Pittsburgh, with 10 patients whose injuries would otherwise be fatal to operate on. A team of surgeons will remove the patient's blood, replacing it with a chilled saline solution that would cool the body, slowing down bodily functions and delaying death from blood loss. According to Dr. Samuel Tisherman, talking to New Scientist: "We are suspending life, but we don't like to call it suspended animation because it sounds like science fiction... we call it emergency preservation and resuscitation."

Successful tests on pigs were achieved in 2000. After inducing fatal cuts, scientists were able to drop the body temperatures by around 10 degrees celsius. All the control pigs died, while those 'preserved" had a 90 percent survival rate - after some heart restarts. Like these trials, the technique is currently only useful for emergency procedures after severe injuries, situations with a survival rate of only seven percent. Funding for part of the project has come from the US Army, and the idea apparently came from the Vietnam War, where military surgeons noted that the leading cause of death was blood loss in the first 5 to 20 minutes after injury, even though roughly a third of the soldiers had wounds that would have been survivable in a typical emergency room. Science fiction-like suspended animation is still a way off: this preservation state can apparently only be prolonged for around four hours. Not nearly enough for an intergalactic journey, but possibly enough to save lives.

In this article: care, emergencypreservationandresuscitation, medical, surgery, suspended animation, suspendedanimation
All products recommended by Engadget are selected by our editorial team, independent of our parent company. Some of our stories include affiliate links. If you buy something through one of these links, we may earn an affiliate commission.