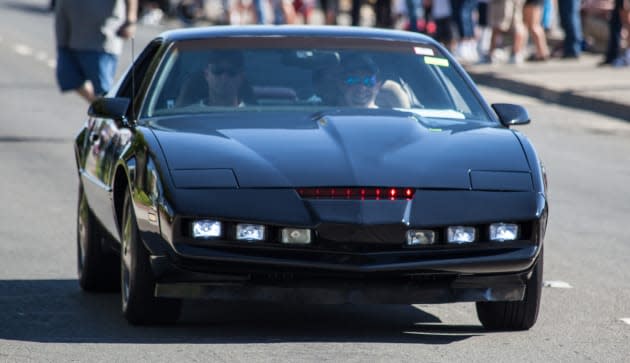 While phones like the Moto X let you issue voice commands without touching the device, they're still not ideal for driving; if you search for something on the web, you'll still have to take your eyes off the road to see the results. That could change in the near future, Android Police claims. Google is reportedly testing a new Android feature, nicknamed KITT, that would help you focus on your driving even as you scour the internet. When you're in a situation where you can't pay much attention to your phone, an always-on voice command system would walk you through every step of performing common tasks, whether you're searching the web or sending a text message. It would also read back more information than you get today -- a weather result would speak back the entire Google search card, rather than just the basic forecast.

The apparent scoop also shows more of how previously rumored voice elements would work. For the most part, you'd need to stay plugged in (to a car's 12-volt socket, for instance) to use touch-free commands; you'd also have to use a Bluetooth headset or speakerphone when the handset is locked. However, you could wave your hand over the device to wake it up, and you'd only have to go to Google Now to get started. Provided the leak is accurate in the first place, there's no certainty that Google will launch KITT at its I/O conference this month -- or any time soon, for that matter. Still, it raises the possibility that you'll get to use more of your phone's features in the car without putting people at risk.

In this article: android, driving, gearhead, google, kitt, mobilepostcross, smartphone, transportation, voicecommand, voicecontrol, VoiceRecognition
All products recommended by Engadget are selected by our editorial team, independent of our parent company. Some of our stories include affiliate links. If you buy something through one of these links, we may earn an affiliate commission.