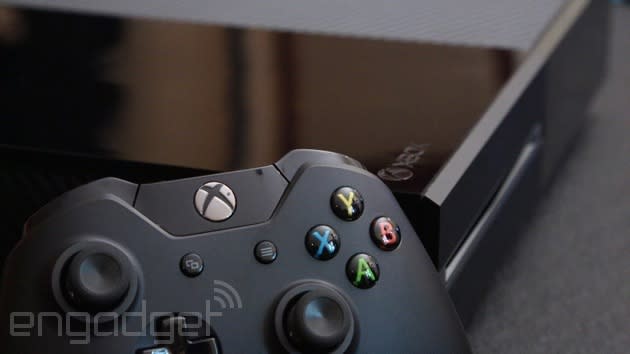 As part of its massive round of layoffs, Microsoft is closing Xbox Entertainment Studios (XES), the wing dedicated to producing original video content for the Xbox platform. All is not lost however, as Halo: Nightfall, the Spielberg-produced Halo TV series and Signal to Noise (whose first episode chronicles Atari's rise and fall) will all still continue as planned. We were also told that the studio's Nancy Tellem along with Jordan Levin and "some" of the XES team will remain on staff and working on the aforementioned in-production programming. In an email today (pasted in full after the break) Xbox head Phil Spencer notes that change is never easy, but he believes the studio closure will help the company "better align with longterm goals." We've reached out to the affected studios about what this means for them and will update this post should we hear back.

Recode's sources paint a different picture, however, saying that the studio was disorganized and lacked a fully established business model. Both of which turned off any studio partners and thusly complicated securing any more premium content.

"I hope you have had a chance to read today's mails from Satya. I wanted to take a moment to share a few thoughts on what this means for our team and some of the changes we are making as a result.

In last week's mail outlining some of the steps towards creating the culture and organization to bring our ambitions to life, Satya called out the strategic importance of Xbox as a strong consumer brand, a creative center for gaming and a leader in bold innovation. Every member of Team Xbox should be incredibly proud of the impact and reach your work has within the walls of Microsoft, with our developer community and most importantly, with consumers.

Microsoft is the productivity and platform company for a mobile-first and cloud-first world, and games are the single biggest digital life category in a mobile-first world. Success in this category, by growing a robust Xbox business, brings additional value to Microsoft. I have stated this before, but for Xbox to be successful, we must remain committed to being a consumer-driven organization with the mission of meeting the high expectations of a passionate fan base, to create the best games and to drive technical innovation.

As part of the planned reduction to our overall workforce announced today and in light of our organization's mission, we plan to streamline a handful of portfolio and engineering development efforts across Xbox. One such plan is that, in the coming months, we expect to close Xbox Entertainment Studios. I would like to take this opportunity to recognize the accomplishments from the entire team in XES. They have built an impressive slate of original programming and pioneered interactive entertainment on Xbox, such as the innovative reality series 'Every Street United' that succeeded in uniting audiences around the globe during the recent World Cup.

I am pleased that Nancy, Jordan and members of the XES team remain committed to new, original programming already in production like the upcoming documentary series 'Signal to Noise' whose first installment takes on the rise and fall of gaming icon Atari and of course, the upcoming game franchise series 'Halo: Nightfall,' and the 'Halo' Television series which will continue as planned with 343 Industries. Xbox will continue to support and deliver interactive sports content like 'NFL on Xbox,' and we will continue toenhance our entertainment offering on console by innovating the TV experience through the monthly console updates. Additionally, our app partnerships with world-class content providers bringing entertainment, sports and TV content to Xbox customers around the world are not impacted by this organizational change in any way and remain an important component of our Xbox strategy.

Change is never easy, but I believe the changes announced today help us better align with our long-term goals. We have an incredible opportunity ahead of us to define what the next generation of gaming looks like for the growing Xbox community. I have a great deal of confidence in this team and know that with clarity of focus on our mission and our customers we can accomplish great things together. We already have.

Thank you again for all you do for Xbox.

Via: Recode
In this article: gaming, halo, hd, hdpostcross, microsoft, nancytellem, PhilSpencer, XboxEntertainmentStudios
All products recommended by Engadget are selected by our editorial team, independent of our parent company. Some of our stories include affiliate links. If you buy something through one of these links, we may earn an affiliate commission.