AT&T reportedly spies on its customers for government cash

NSA spied on your email even after program was shut down 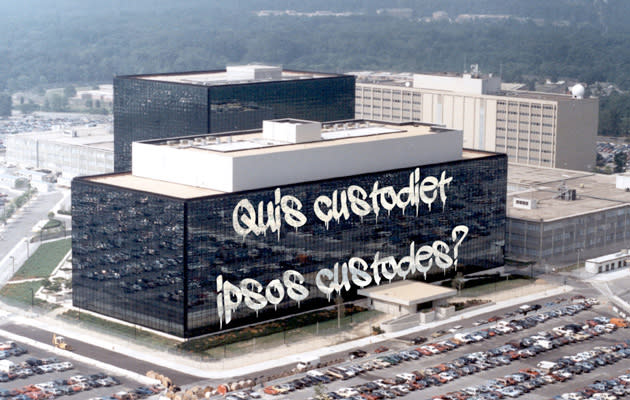 Former NSA chief Gen. Keith Alexander defended the NSA's bulk collection to John Oliver by saying that all his former employers did was collect metadata. He defined that as "two phone numbers, date, time and duration of [the] call." The agency's rules for collecting our electronic communications were similarly stringent, with the government only permitted to store the "to" and "from" fields, as well as the time any private message was sent. Unfortunately, newly-declassified documents have shown that the agency had difficulty just collecting those pieces of information, and instead stored the full texts of e-mails and other messages sent online. According to the report, the NSA had "exceeded the scope of authorized acquisition continuously during the more than [REDACTED] years of acquisition."

The document in question is a report from Judge John Bates of the Foreign Intelligence Surveillance Court, which criticizes the NSA"s ability to police itself. The details are heavily redacted, but it appears that NSA officials failed to communicate their requirements to the bodies who were directly responsible for running the metadata collection program. The report goes on to say that it wasn't so much an intentional desire to hoover-up the contents of the internet but "poor management, lack of involvement by compliance officials and lack of internal verification procedures" that caused the over-zealous collection. As if sharing your naked selfies around the office wasn't enough of a clue that respecting privacy wasn't top of the agency's agenda.

In this article: Bulk Collection, FISA, Metadata, NSA, Privacy
All products recommended by Engadget are selected by our editorial team, independent of our parent company. Some of our stories include affiliate links. If you buy something through one of these links, we may earn an affiliate commission.