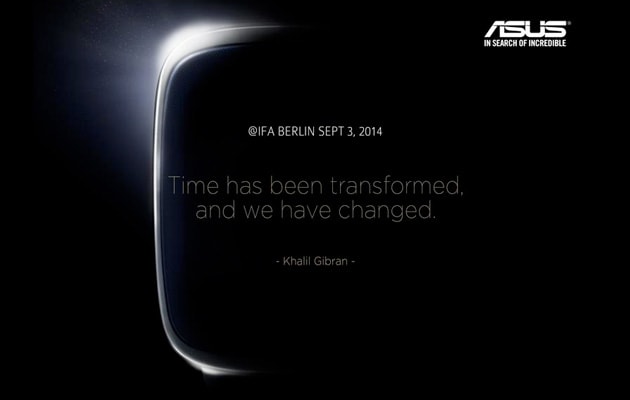 If we're honest, it's reasonable to assume that ASUS will announce a smartwatch on September 3rd. After all, if the rumors saying that the company's working on an Android Wear device aren't enough, then the pretty obvious teaser image should be. According to those pesky rumor-mongers, the unit will be priced between $99 and $149, making it the cheapest Google-approved wearable on the market. We've also heard, thanks to our own sources on the grapevine, that despite the lower price, the watch will use similar hardware to both the Gear Live and G Watch. The only concession apparently being in the battery life department, which will linger somewhere between the 300mAh on the Gear Live and the 400mAh found on the G Watch. Still, whatever the truth, there's only a fortnight to go before we'll find out for ourselves.

Source: ASUS (Twitter)
In this article: Android Wear, asus, G Watch, Gear Live, google, IFA, IFA 2014, IFA2014
All products recommended by Engadget are selected by our editorial team, independent of our parent company. Some of our stories include affiliate links. If you buy something through one of these links, we may earn an affiliate commission.