Broadcom wants to ban all U.S. phones with Qualcomm chips 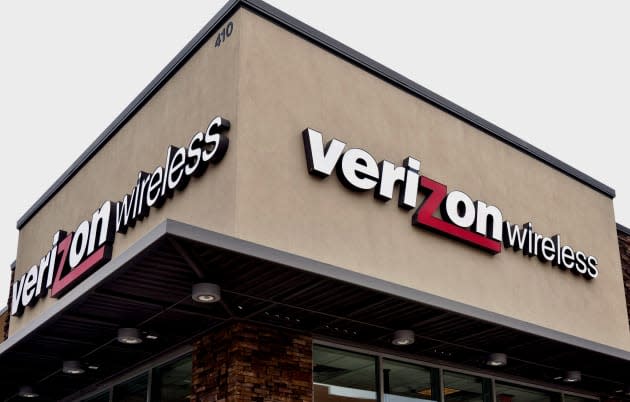 LTE isn't just about getting incredibly fast data speeds on our smartphone or tablet. Sure, that's been what the technology's been primarily used for ever since it was introduced a few years ago, but it's capable of providing crystal-clear phone calls as well through a service known as Voice over LTE (VoLTE). The catch is that it's up to each carrier to provide the service. AT&T and T-Mobile have rolled out the capability already, and Verizon announced today that it's nearly ready to flip the switch on VoLTE nationwide, and it'll happen in a matter of weeks. Whether that means two or fourteen, Verizon won't say. But when it's ready, this functionality will be pre-loaded on new devices and pushed to existing phones in a downloadable update (provided the hardware is compatible, which many devices are).

Over the last year, Verizon execs have remained committed to pushing out its VoLTE capability before the end of 2014; a nationwide deployment in "the coming weeks" will certainly fit within the company's roadmap. In short, VoLTE makes it possible for carriers to forego the traditional circuit-switching method of connecting phone calls and using the network's robust LTE network to transmit your calls via IP instead. This means that instead of dealing with muffled calls patched through Verizon's old-fashioned 1xRTT, you should now enjoy phone conversations with higher clarity and in high-definition. It will also introduce its own video calling capability, which the carrier believes will have better quality than current services like Skype or FaceTime.

Though it sometimes seems as though we don't use our phones for actual calls anymore, high-definition voice is a critical trend in the US wireless industry; all four national operators have either introduced or promised a boost in call quality using HD Voice technology. For Verizon, it's not just a competitive matter -- it's also a way to push its network forward into an LTE-only world. It plans to bring its first LTE-only handsets to market in early 2016, but all of the company's services need to rely solely on LTE before that happens, which is no small task. (It's getting close: Currently, execs say, up to 80 percent of total data traffic is running on Big Red's LTE network.)

In order to make this happen without it becoming a huge burden, it needs to phase out older technologies like 1x and CDMA and use that extra room to boost capacity. The more people using VoLTE, the fewer people will rely on non-LTE services. Technically, Verizon reps say, the older tech will still run until the end of the decade, but its capacity will be gradually reduced and refarmed to cover LTE's increasing needs. We had a chance to hear VoLTE voice calls alongside old-fashioned calls, and there's an incredibly noticeable difference between the two; voices are louder and rarely muffled. But there are catches. First, VoLTE calls cannot fall back to 1x; if you leave an LTE area, be prepared to drop the call and redial. You can go into the phone settings and choose which mode you want to use right off the bat, but Verizon says that the phones will be smart enough to automatically decide -- based on signal strength and other factors -- whether to initiate the call on VoLTE. (In theory, if you're in a fringe LTE area, the phone will know not to risk going high-def and will opt for 1x instead.) Time will determine how reliable that feature is.

Verizon plans to offer interoperability on HD calls, which means that it'll work with any AT&T, T-Mobile and Sprint device with the same technology built-in. The functionality is still being tested in the labs for now, but this will become incredibly important as networks continue rolling out the service.

One last catch relates to Verizon's video calling: All calls will be billed as both minutes and data. Chances are you're on a plan with unlimited minutes, so the former won't matter; it's the data that stings the most, especially since the network no longer offers unlimited data plans. Still, this is a start, and as the tech becomes even more proven and more capacity is added, perhaps the plans will change.

VoLTE technology isn't just about HD Voice and video calls, but that's all that Verizon is focusing on at the moment. It's got more VoLTE-related features in the works for later, but the carrier is keeping those a closely-held secret for now; it first needs to ensure the network is ready before moving on to new projects. But, execs assured us, what we're seeing right now is just the tip of the iceberg.

(Correction made to reflect that T-Mobile now offers nationwide VoLTE.)

In this article: 1xrtt, cdma, hdvoice, hdvoicecalls, lte, mobilepostcross, verizon, voiceoverlte, volte, vzw
All products recommended by Engadget are selected by our editorial team, independent of our parent company. Some of our stories include affiliate links. If you buy something through one of these links, we may earn an affiliate commission.