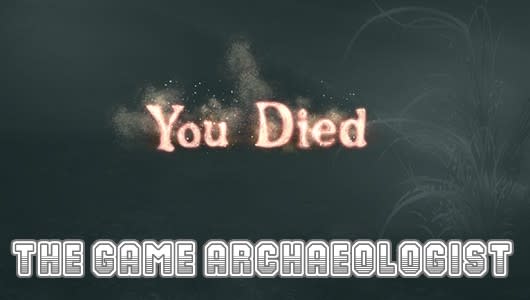 One facet of video games that's been around almost since the very beginning is the difficulty level. This has allowed the player to choose how hard or easy a game would be from the onset, influencing factors such as the number of enemies, hardiness of bad guys, fragility of the player character, and available loot (or lack of it). I used to love how some of those '90s shareware titles would mock me for picking easy, sometimes portraying my character wearing a baby bonnet and sucking its thumb. Real gamers, the devs implied, go tough or go home.

With a few exceptions, MMOs operate on a fixed level of difficulty for all of their players. Instead of assigning blanket difficulty client-side, the game world portions difficulty into areas, usually according to level or activity. Some games have instances with adjustable difficulty levels, but past that what you get is also what I get.

This might be changing. A very fringe but dedicated group of players have championed such ideas as elective ironman and permadeath modes for their MMOs, and at least one studio is responding positively to that desire. Would you choose to make your MMO experience harder than everyone else in exchange for nothing more than a bigger challenge and a more "realistic" experience?

One strike and you're out

Permadeath is a fun topic that we like to whip out at parties every once in a while. It gets people thinking and talking and debating, even though the general consensus is, "In my MMO? No thank you." Wiping out the progress of dozens or even hundreds of /played hours due to an error, lag, or a situation out of the player's control is almost agnonizing to consider. For the most part, MMOs play the long game and aren't set up to encourage players to reroll constantly.

There have been a few exceptions over the years, of course. Star Wars Galaxies originally had a form of permadeath for player Jedi as a counterbalance to their power, although this was later dropped. EverQuest too flirted briefly flirted with permadeath in a special ruleset on the Discord server back in 2003. Hellgate: London, Dofus, and the original design for Middle-earth Online all made use of permadeath as part of the game's mechanics.

In most of these instances, the devs didn't impose permadeath but included it as a side option. Forced-permadeath MMOs have proven to be quite unpopular (Wizardry Online, anyone?), but when it's optional? Now we're talking.

When I first heard about the rise of permadeath guilds in Dungeons & Dragons Online, I thought they were batty. I couldn't imagine voluntarily wiping away all of my character's progress just because I died once. But after some investigation into guilds such as Mortal Voyage, I began to understand the appeal and mentality.

The game wasn't forcing them to play this way; it was done voluntarily on a group level that used the honor system. By accepting this self-imposed challenge, it completely changed how they saw the game, how they played the game, and how they felt about their progress. Threats felt real because they carried with them a potential consequence that went beyond a small armor repair fee. Players learned to appreciate the game over their characters and to adjust their playstyle to be more cautious while relying on the team to protect them instead of lone-wolfing it.

Since then I've witnessed a growing appreciation for self-imposed gameplay restrictions. These didn't just start and end with permadeath (some, in fact, didn't include that at all). There were people who refused to accept any form of outside assistance (even from other characters on the same account) or use any sorts of buffs and shortcuts.

That's one reason the word "ironman" has come into vogue in the gaming community. Not just limited to MMOs, ironman challenges see a player create his or her own high difficulty level and then stick to it, often blogging about the experience along the way.

Ironman challenges can be a huge boon for older MMOs, since it offers a new twist on aging gameplay. In one of the industry's elder games, RuneScape, the devs are actually considering building in an ironman mode in response to the enthusiasm for such challenges in the community.

"The ironman challenge is a community-craze where players start a new RuneScape character and have to play entirely self-sufficiently," the devs explained. "You can only use resources and equipment that you've got for yourself and cannot get help from others. We're considering adding a mode for ironman into the game to support this awesome community-created gameplay."

The proposed RuneScape ironman challenge would have two varieties, with one featuring permadeath and the other not. Personally, I think that's an awesome initiative, particularly in that it's responding to the community's desire.

Probably one of the best examples of an elective ironman mode is how Kingdom of Loathing handles its ascension mechanic. Ascension is basically a "new game+" in which players start over but carry with them their old gear and money. However, during ascension players can choose to limit their next life in some pretty severe ways, such as denying themselves access to their old items or the use of food and drink. By doing this and succeeding at the next life, players will not only get bragging rights but a cool avatar icon, cross-class abilities, and special gear. Carrying ironman and permadeath forward (and back)

I'm sure that such mechanics and difficulty levels will have an uphill battle to player acceptance, but perhaps we're starting to see the first steps toward that acceptance already. My friends have raved about how XCOM's ironman mode has made those game's characters seem intensely real, and titles like Salem, Trials of Ascension, and even Star Citizen are all courting permadeath openly.

Soon we'll also see player-influenced and -controlled server rulesets in Asheron's Call and H1Z1, and the potential for ironman challenges is certainly there. Any such move to implement them would be a fascinating experiment to observe and possibly partake of.

I think RuneScape is on the right track. Maybe permadeath isn't everyone's thing, but new challenges, new modes, and new difficulty levels (with appropriate rewards) can do a great service by injecting life into old games. Instead of fearing such mechanics, devs have the opportunity here to bring these MMOs back into the forefront and perhaps attract an entirely new crowd.

Would you play an ironman challenge in an older MMO? Have you already? Sound off in the comments!

When not clawing his eyes out at the atrocious state of general chat channels, Justin "Syp" Olivetti pulls out his history textbook for a lecture or two on the good ol' days of MMOs in The Game Archaeologist. You can contact him via email at justin@massively.com or through his gaming blog, Bio Break.
In this article: asherons-call, classic, classic-mmos, classics, ddo, dofus, dungeons-and-dragons-online, eq, everquest, featured, game-archaelogist, h1z1, hellgate-london, ironman, ironman-challenge, ironman-mode, kingdom-of-loathing, middle-earth-online, nostalgia, opinion, permadeath, permadeath-mode, runescape, salem, star-citizen, star-wars-galaxies, swg, the-game-archaeologist, trials-of-ascension, wizardry-online
All products recommended by Engadget are selected by our editorial team, independent of our parent company. Some of our stories include affiliate links. If you buy something through one of these links, we may earn an affiliate commission.