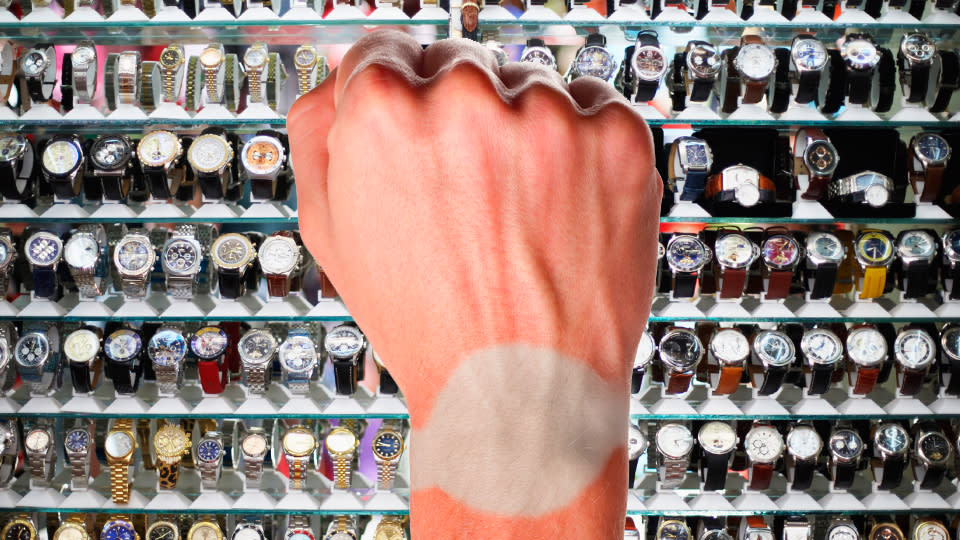 When it comes to putting computers on our bodies, everyone's an armchair Anna Wintour. Take a look at the comments on any story about wearable technology, just about anywhere. Ugly is in the eye of the beholder. And with good reason. While some of us view our PCs, smartphones and tablets as status symbols, our clothing and accessories are more closely tied to our identities than anything else.

Over the past few years, the frenzy for wearables has reached its peak. This week alone, Sony, Samsung, LG and Motorola have all shown off their next attempts at wrist-worn technology. And with each announcement comes a new set of sartorial critiques.

And yet, despite a seeming consensus from the tech press about the aesthetic appeal of devices like the Moto 360 and Pebble's Steel, the world is still waiting for the one wearable that will have us all strapping a computer to our wrists, faces, waists or whatever. But the real obstacle to wearable adoption isn't a matter of style; it's a matter of taste.

New York Times tech-scribe-cum-style savant, Nick Bilton recently penned a speculative editorial proclaiming the as-of-yet-unannounced iWatch as the device that could finally take wearables mainstream. Apple will no doubt roll out a beautiful piece of machinery -- it has an excellent track record and a proven team of designers, engineers and businesspeople on board -- but the truth is, no matter how good the software, no matter how innovative the functionality, no matter how versatile and beautiful the design, there will never be one wearable for everyone.

Almost every player in the wearable game thus far has proven an ability to produce successful consumer technologies. Some of us can even agree that they're starting to get the style right, but the truth is we all fancy ourselves individuals when we get dressed in the morning. No single company, whether it's Apple or Motorola or even Swatch is ever going to make a single device that we all want to wear.

It's going to take time.

In this article: Accessories, apple, editorial, fashion, iWatch, Motorola, Pebble, samsung, SmartWatch, sony
All products recommended by Engadget are selected by our editorial team, independent of our parent company. Some of our stories include affiliate links. If you buy something through one of these links, we may earn an affiliate commission.