I actually really enjoy five player dungeons. One of my disappointments in Mists of Pandaria was that we never got any five mans beyond the start of the expansion and that they basically became just a means to farm some valor - since no new fives were introduced, they couldn't be tuned to in any way keep up with gear from Throne of Thunder much less Siege of Orgrimmar. They became laughably easy unless you were running them as Challenge Modes, ultimately.

And this bothers me because I'm one of those people who feels like five player content never really had lived up to its promise in World of Warcraft. Especially now that raid dungeons have become so accessible, with LFR and flex making it easier than ever for almost all players to get some level of raiding if they want it, I've always felt like fives need a refocusing. Having normal and heroic difficulty fives really separate with better rewards for fives is a good start, but where Challenge Modes didn't grab me was in their completely cosmetic rewards. I always felt like CM's should offer gear on par with at least normal mode raiding - a group that decided to focus exclusively on Challenge Modes or some other form of very hard five player content should be able to progress their character not just visually, but actually as well.

Why do I feel this way? Well, I'll tell you. 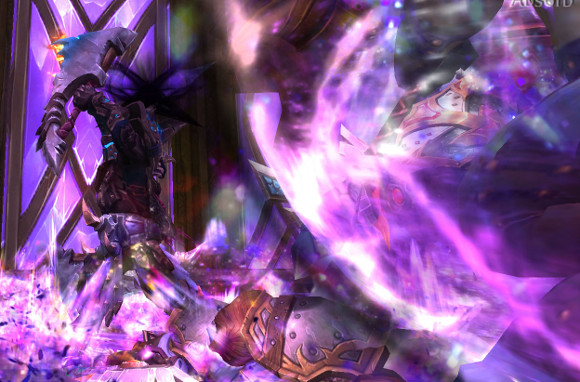 First off, let's talk about what I'm not suggesting - I'm not suggesting that five player content should give rewards just as good as raids. A mythic difficulty raid should offer the best gear imaginable in World of Warcraft and I'm totally okay with that. What I'm saying is, there should be a difficulty of five player content that is comparable in its rewards to at least normal if not heroic raiding in Warlords. In terms of current difficulty, this would be like saying that CM's should reward Flex difficulty level gear. We saw this a little bit with heroic scenarios in Mists having a chance to drop ilevel 512 gear. I'd want to take that away from scenarios and put it in fives.

I'm aware that I'm not suggesting anything Blizzard themselves haven't said, also. They've often stated that they want five player content to be an alternate progression path, and that they're linking heroic five player dungeons to the proving grounds so that people who queue for them can prove their competency and thus divorce five player heroics from the gearing for LFR process. In essence, you'd run five player normals for gear at level 100, then decide between LFR and/or heroic fives, and that's a laudable goal. It's just not enough in my opinion.

With the removal of valor we lose a goad that forces people into fives, and I'm fine with that as long as fives are given enough attention, focus and design time to make them compelling to run without the valor pinata ideal. We should run five player content because it's awesome and more evergreen than raids - because it lasts a whole expansion while raids tend to go out of style when the new hotness is introduced. How do we achieve this goal? Well, I have some ideas. Please note, I'm not suggesting that all of these ideas would work well together - some might be fairly exclusive, you'd only want to use one or two of them.
Ultimately, I feel like we need some real design emphasis and time placed on five player content. Especially if Blizzard is really serious about putting out expansions quicker, because fives can serve as both leveling and endgame content, and they've lacked that kind of focus for some time.

In this article: challenge-modes, dungeons, five-player-dungeons, gear, heroic-dungeons, progression, upgrades
All products recommended by Engadget are selected by our editorial team, independent of our parent company. Some of our stories include affiliate links. If you buy something through one of these links, we may earn an affiliate commission.