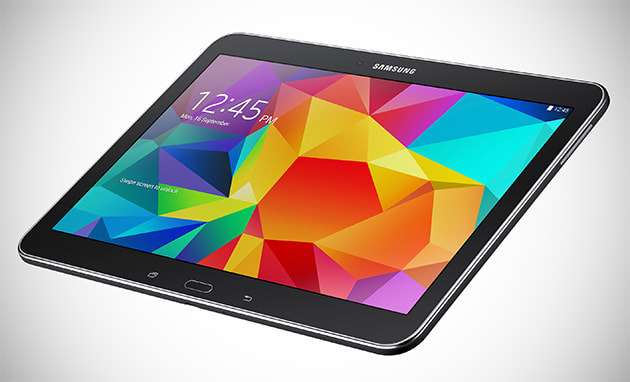 We weren't terribly fond of Samsung and Barnes & Noble's first tablet mashup, but it seems at least a few people were. If you happen to fall into that category, congratulations -- that odd couple has something else that might be up your alley. The new Galaxy Tab 4 Nook 10.1 is technically the largest Nook ever released (only because Samsung already did the heavy lifting with design and production) and once again it's basically a stock tablet with BN apps like Nook Library and Nook Shop sprinkled into the mix for good measure. Everything else -- from the 1.2GHz Qualcomm chipset running the show, to the 10.1-inch display running at 1280x800, to the full eye-searing load of Samsung software tweaks -- is a well-known quantity so you'll know exactly what you're getting into. On the plus side at least, the Nook-ified version of the Tab 4 10.1 costs the same $199 as the bog-standard version (after instant rebate, at least) and comes with $200 of sweet, sweet content gratis. Interest piqued? You can pick up yours starting today, but you should only do so after thinking about it really, really hard.

Source: Barnes & Noble
In this article: android, barnesandnoble, barnesnoble, bn, galaxy, galaxytab, nook, samsung, tablet
All products recommended by Engadget are selected by our editorial team, independent of our parent company. Some of our stories include affiliate links. If you buy something through one of these links, we may earn an affiliate commission.