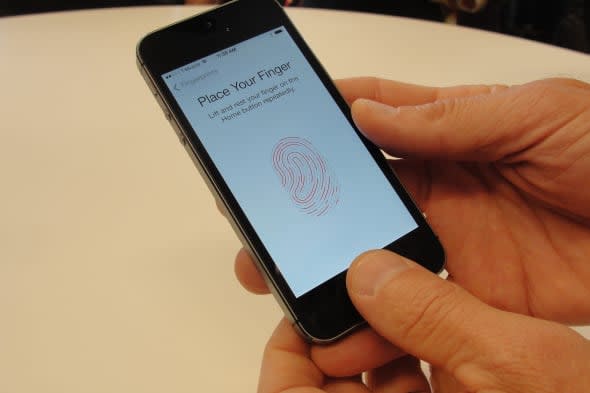 Most recently, a Virginia Beach Circuit Court this week ruled that an individual in a criminal proceeding cannot be forced to divulge the passcode to his cellphone as it would violate the self-incrimination clause of the Fifth Amendment. At the same time, the Court held that an individual can be compelled to give up his fingerprint to unlock Touch ID, or any fingerprint protected device for that matter.

The Court reasoned that while a passcode requires a defendant to divulge actual knowledge, a fingerprint is a form of physical evidence, akin to a handwriting sample or DNA that authorities are already legally allowed to demand in certain circumstances. In a similar vein, the Supreme Court has previously ruled that while authorities can compel an individual to hand over a physical key to a locked safe, they can't compel an individual to provide them with a combination to said safe; the key in this example is nothing more than physical evidence while the combination, based on an individual's unique knowledge, is categorized as "testimonial."

"It's exactly what we thought it would happen when Apple announced its fingerprint ID," Hanni Fakhoury, a staff attorney at the Electronic Frontier Foundation, a digital rights organization, told Mashable. (Android phones such as the Galaxy S5 and HTC One Max also have fingerprint ID systems.)

While the ruling in Virginia Beach is not as binding as a Supreme Court decision, it does establish legal precedent other local courts can draw on. More importantly, "it's just a good wake-up call for people to realize that fingerprint ID doesn't necessarily provide the same sort of legal protection than a password does," Fakhoury says.

The ruling shouldn't be taken to mean that it's now open season on Touch ID enabled iPhones. Keep in mind that when Touch ID hasn't been used for 48 hours, a passcode, in addition to a fingerprint, is required in order to unlock a device.

As relayed by The Virginian-Pilot, the ruling stems from a case involving a man charged with strangling his girlfriend. Authorities had reason to believe that video footage of the couple's altercation might be located on the defendant's cellphone and "wanted a judge to force" the defendant hand over the passcode.
In this article: legal, touch id
All products recommended by Engadget are selected by our editorial team, independent of our parent company. Some of our stories include affiliate links. If you buy something through one of these links, we may earn an affiliate commission.