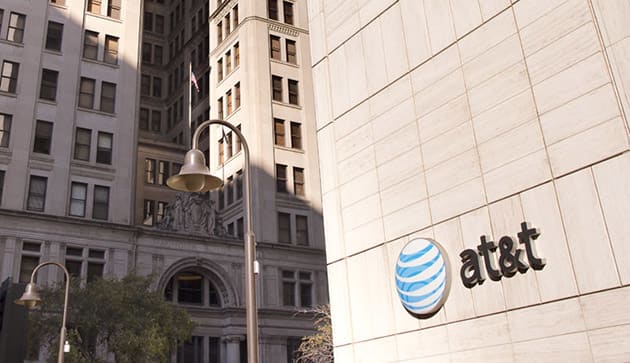 AT&T is putting the brakes on its gigabit fiber internet service. CEO Randall Stephenson revealed this morning that the company will halt the rollout of the network, which launched in Austin last year, until it has solid net neutrality rules to follow. "We can't go out and invest that kind of money deploying fiber to 100 cities not knowing under what rules those investments will be governed," he said.

Stephenson's statement almost feels like a threat. If AT&T -- one of the companies that's lobbied the hardest against net neutrality since 2005 -- can't get its way, then the dream of blazing fast fiber will jut have to wait. And it's not the first contentious statement from AT&T this week: It swiftly came out against President Obama's pro-net neutrality remarks on Monday and threatened to sue the FCC. AT&T senior executive vice president Jim Cicconi, ever the dramatist, said that if the FCC followed Obama's suggestions it would be "a mistake that will do tremendous harm to the internet and to U.S. national interests."

Last night FCC chairman Tom Wheeler reiterated his agency's independence from the White House and from its requirement to follow the President's suggestions. The FCC has historically waffled on net neutrality -- earlier this year the agency issued a proposal that still gave companies leeway in how they treated web content. It threw net neutrality activists a bone by opening up an inbox for their comments, but it's under no obligation to actually consider any of that advice.

But, while AT&T plays a glorified game of chicken with its fiber network, it remains far behind competitors like Google and Verizon. Google brought free gigabit fiber internet to the Kansas City area a few years ago and plans to hit Austin in December. And even though Verizon has halted its own fiber rollout, it's still reaching more than 18 million customers across 16 states, with over 5 million FiOS customers so far. With its temper tantrum against net neutrality, AT&T may just end up hurting itself.

Source: Reuters
In this article: att, fiber, net neutrality
All products recommended by Engadget are selected by our editorial team, independent of our parent company. Some of our stories include affiliate links. If you buy something through one of these links, we may earn an affiliate commission.