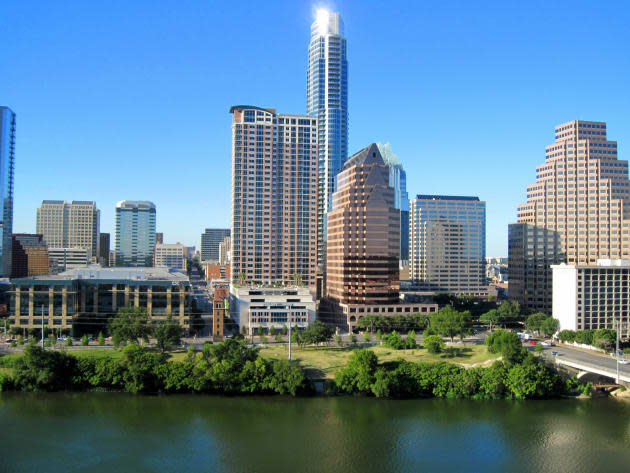 It looks like AT&T's gigabit internet is going to get some new company in Austin come December: Google Fiber. At a recent planning meeting in the Weird City, Mountain View detailed how it'll at long last roll the service out, and, as Gigaom notes, it seems similar to what's been in place in the Kansas City, Missouri area. Just like before, individual neighborhoods will have to commit to using the service for Google to consider putting Fiber there. If your area's selected, you'll have to pay a $300 "construction fee" to access the pipeline but, aside from a free 5mbps package, other pricing details haven't been announced. Itching to sign-up and get yourself on the map? You'll have to wait until the last month of the year for that. It feels like a lifetime ago since we first caught wind of Fiber's Austin appearance, but surely you've used those 18 months to plan your first blazing-fast download, right?

In this article: att, austin, fiber, Gigabit, google, GoogleFiber, Internet, texas
All products recommended by Engadget are selected by our editorial team, independent of our parent company. Some of our stories include affiliate links. If you buy something through one of these links, we may earn an affiliate commission.