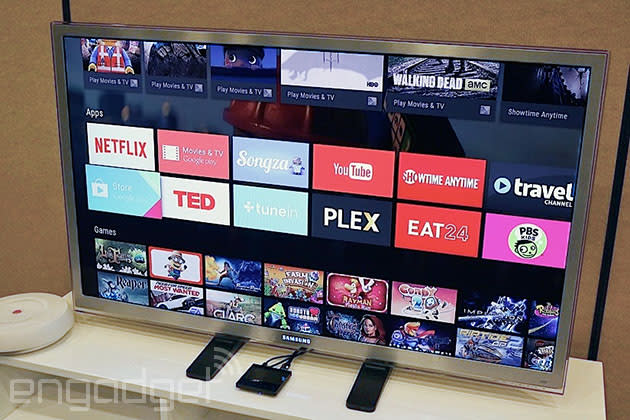 Google has never approved Play Store apps like Apple does, but now says it'll review Android TV apps "for usability... and other quality guidelines." That's a big departure from its previous policy -- Google only pulled apps retroactively from Play if there was an issue. But as Android Police pointed out, it will now test apps to ensure they work on a D-pad or Gamepad, which implies some may not have played well with those controllers. The timing also coincides with the launch of the Nexus Player, meaning Mountain View may be trying to avoid a Google TV-like debacle with Android TV. If you're concerned about further app Orwellism, there's no sign it'll do the same for the rest of the Android ecosystem.

In this article: AndroidTV, approval, apps, GoogleTV, PlayStore, review
All products recommended by Engadget are selected by our editorial team, independent of our parent company. Some of our stories include affiliate links. If you buy something through one of these links, we may earn an affiliate commission.