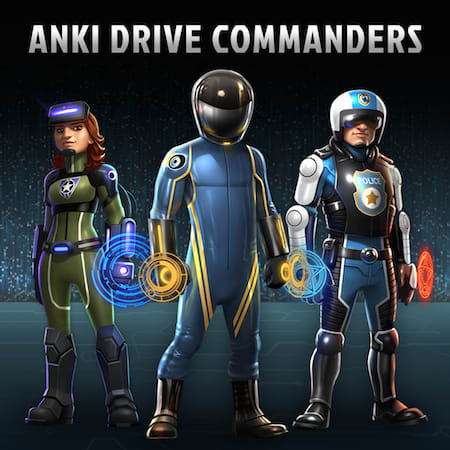 By making it more of a video game.

Though not many people know about it, one of the ways that Anki's tiny robot racing cars are more than just toys is that you can battle and race them much like you can in a video game -- you can upgrade them and trick them out with weapons and special abilities thanks to the cars' clever machine-learning brains. But that's not entirely easy to get across to most people. As advanced and intelligent as those robot race cars are, at the end of the day, they're just, well, cars. There's nothing human about them.

That's changing, however, with an upcoming update. At the end of November, the Anki app will be updated to incorporate ten new in-game characters called Commanders. Essentially, they're new personalities that you can assign as "drivers" to AI vehicles. Not only do they all have different identities, each one brings a different skillset so that you can mix and match gameplay styles. 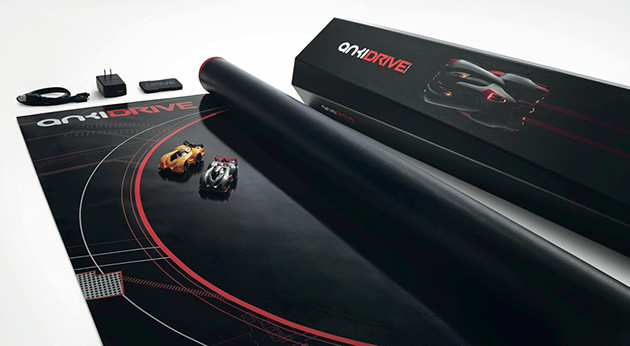 This is just the first step in Anki's effort to bring more narrative and a deeper gameplay experience to its toy cars. Leading the charge is Joby Otero, Anki's newly appointed chief creative officer, who came to the company from Activision. As the former creative director for Skylanders -- a platform that lets you play virtual versions of real-life figurines -- he knows a thing or two about bridging the divide between toys and video games. He learned, for example, that it can be tricky to bring a physical toy and software together. "You can't really go off on a tangent with just the toy, " he says. "By the same token, you can't go off on a tangent with the software. The two have to evolve simultaneously."

Specifically, he was tasked to create a whole new narrative and fiction about Anki's robotic cars and give people more reason to care about them. Anki's cars, he says, is already a very engrossing game, but there were unanswered questions that would normally be answered in a video game. "What is the fiction of this world? Is it in the here and now, or is it in the future? Who are the characters, and what is the conflict about it? These are all things that we're working on."

The primary issue, he says, is that when you put a car down on a track, it's just not as engaging emotionally. "Deep down in our DNA, it feels different [...] But if you're thinking that you're battling another 'human' with its own goals and ambitions, you start to have a very different reaction." Otero claims that when you add these voices and personalities to the game, players tend to feel a heightened emotional reaction when playing the game, like feeling offended if they were killed, or a sense of triumph when they won. "The names are more memorable. You can talk about them like you're battling your friends, and it makes it more of a human conversation." 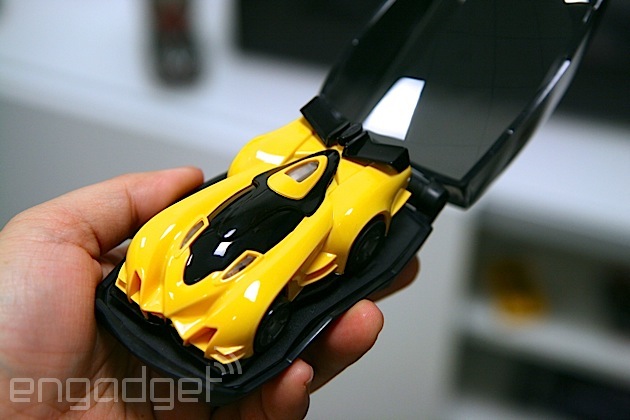 One of the characters, for example, is "Winger." She's a military type who's well-trained in Battle mode. She's described as tough as nails, but also knows how to have fun. Another example is "ShadowX," who's a total noob, but is very cocky and is more of a racer. The third launch character is "Fuzz," a police officer who likes to show off his chops on the race track. And it's not just a matter of style over substance either; each Commander adds an enhanced element to the gameplay. Some might be better with weapons, while others could be better at speeding and dodging. Indeed, the Commanders each have their own preferred cars and will perform better if paired up with the appropriate vehicle.

As you play against the different Commanders, you'll unlock more advanced ones by completing a variety of objectives and earning "stars." Each earned star will unlock the next Commander. Additionally, you as the player will also be able to create your own avatar, customizing your look as you unlock new designs.

In particular, they also want players to feel like they need to upgrade, to get to the next level. "It's not just game progression that'll push you. It's also the desire to see who the next new commander is, what his or her skills will be, what their personalities are." I had an opportunity to race the cars with the new Commanders update, and I can say that hearing the character voiceovers yell and whoop as I zoomed around the track certainly adds more fun and variety to the normal game.

The Commanders are a start. "This is the beginning of a much bigger fiction that we're heading towards," says Otero. "We know that story can take it a lot further. With these characters, we're going to be able to do a whole lot more storywise." Additionally, the team hopes to improve the audio experience of the app, so that you can figure out what's going on with your car without having to keep switching attention to your smartphone.

Anki's investment in video game expertise doesn't stop with just Otero. It's also hired a bunch of talent from Electronic Arts and other gaming franchises to really up their gameplay development. What does that mean? Well, it means that Anki has its eyes beyond just robotic race cars.

"There are so many more applications for this technology [robotics and machine learning], and more opportunities for more kinds of games," says Otero. "Our focus is on the race cars right now. But we have more up our sleeves."

In this article: anki, ankidrive, jobyotero, skylanders
All products recommended by Engadget are selected by our editorial team, independent of our parent company. Some of our stories include affiliate links. If you buy something through one of these links, we may earn an affiliate commission.