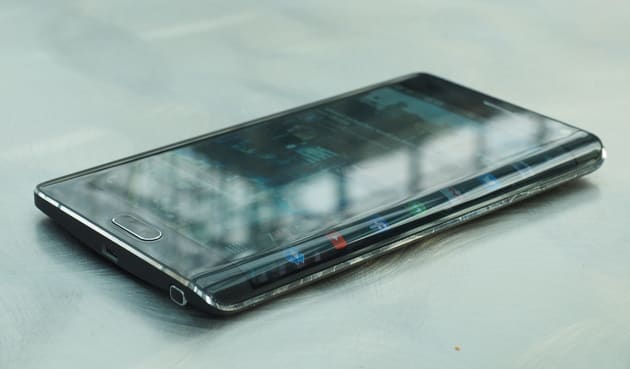 We've a bit of bad news for anyone who wanted to pick up Samsung's unusual Galaxy Note Edge next week. We knew something was up when the original pre-order date of November 14th rolled around and the curved curiosity was a no-show. A Samsung spokesperson has now confirmed to us that it's facing a two-week delay, meaning the retail release has been pushed back from November 28th to December 12th. The pre-order window has also been shortened to a week, so you won't be available to reserve it from either Samsung's site or Carphone Warehouse until December 5th.

Samsung has been a little haphazard with its timings recently, after launching its flagship Note 4 seven days later than expected. The quirky Galaxy Note Edge is more of an acquired taste though, and that's likely why Vodafone is the only UK network (so far) that's confirmed it'll be stocking it. Given it's such a niche device, we doubt this particular setback will have too many of you hitting the streets with burning torches and pitchforks.

In this article: Android, delay, galaxynoteedge, Mobile, samsung, samsunggalaxynoteedge
All products recommended by Engadget are selected by our editorial team, independent of our parent company. Some of our stories include affiliate links. If you buy something through one of these links, we may earn an affiliate commission.