There are now 3 billion internet users, mostly in rich countries 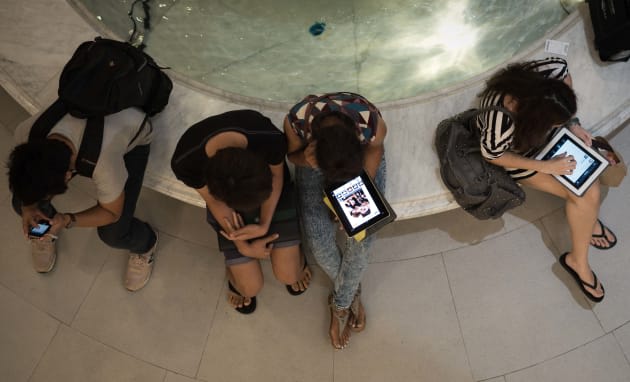 The UN's International Telecommunication's Union (ITU) has revealed that over 3 billion people are now connected to the internet, an increase of 6.6 percent over last year. The good news is that such access can have a huge impact "for those who are the poorest and most disenfranchised, including women, youth and those with disabilities," according to the report. However, the bad news is that much of that coverage doesn't apply to people who need it the most. Of the 4.3 billion people still not connected to the internet, 90 percent live in developing countries, with two-thirds of users in first-world countries.

So how to get more people online in the poorest countries? The ITU pointed out that nations setting ambitious information tech targets have the greatest internet user growth, so it figures that developing countries need to set similar targets. It also noted that people in rural areas were least likely to be connected, especially in poor nations -- a statistic that's related as much to a lack of connectivity as the lack of means to pay for it. To tackle that issue, the ITU recently unveiled a plan to connect as many as 1.5 billion more users to the internet in 5 years, in part by opening up more wireless spectrum currently used for TV broadcast. It hopes doing that will also lower access costs -- a tall job, given that poor rural users often get by on a dollar a day or less.

Via: ZDNet
Source: ITU
In this article: 3billion, InternetAccess, internetusers, ITU, mobilepostcross, report, UN
All products recommended by Engadget are selected by our editorial team, independent of our parent company. Some of our stories include affiliate links. If you buy something through one of these links, we may earn an affiliate commission.