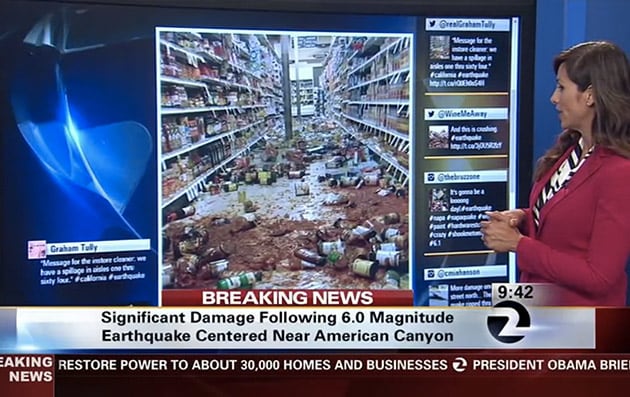 CBS' coverage of Macy's parade last year featured viewers' Instagram photos shown on screen -- this year, it's expanding audience's participation even more. The network will use the same service it used in 2013 called Vidpresso, but instead of showing just Instagram pics, it'll also air tweets and Facebook status updates. Anchors or the people behind the camera merely have to choose the posts they want to broadcast, and they'll show up instantly as tickers or graphics, without the need for further editing. Vidpresso, which was founded by former Engadget editor Randall Bennett, provides broadcasters an affordable way to get viewers involved in discussions on air. It needs only some pieces of hardware (a Blackmagic Ultrastudio 4K and a scan converter, among a handful of others) and a subscription to the service. The system needs to know that you want your posts shown on TV, though. So, you'll have to take a break from prepping that turkey, make those profiles public and tag every post you don't mind showing the whole country with #tdaycbs.

Source: TVTechnology, Broadcasting & Cable, Vidpresso
In this article: cbs, facebook, hdpostcross, macys, socialnetwork, thanksgiving, twitter
All products recommended by Engadget are selected by our editorial team, independent of our parent company. Some of our stories include affiliate links. If you buy something through one of these links, we may earn an affiliate commission.