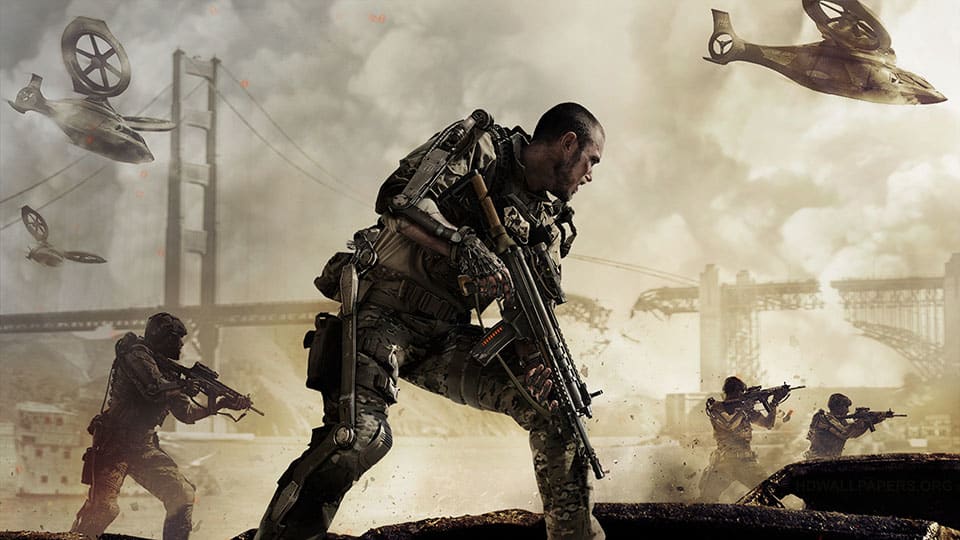 It's true: you probably bought Call of Duty and/or Destiny this year. If you play games or buy presents for someone who does, there's a strong possibility that you paid for one or both of these two blockbusters this year. They're number one (Call of Duty: Advanced Warfare) and number two (Destiny) on this year's top sales list, and they're both from one publisher: Activision.

Do you know how many games Activision publishes? Three games, more or less: Call of Duty, Destiny and Skylanders. There's a strong possibility you've heard of that third game from your children, who won't stop hounding you for more and more $12 toys to use with their $60 game.

The company takes an extremely multiplatform approach to its small lineup of releases -- Call of Duty: Advanced Warfare and Destiny each launched on current and previous generations of game consoles, and Skylanders: Trap Team launched across ten platforms (including Amazon's Fire TV and the original Nintendo Wii). And that's to say nothing of its Blizzard Entertainment arm -- the folks behind World of Warcraft and recent hit Hearthstone -- which operates with relative autonomy.

"What about the licensed games that Activision publishes?" you might be asking. It's true: Activision also released a Legend of Korra game this year (based on a cartoon of the same name) a Spider-Man game, and a handful of others. The company also released a single digital title in the form of Geometry Wars 3: Dimensions (under the long-dead Sierra label no less, which it still owns). Let's be clear: none of that holds a candle to the three tentpole franchises that the publisher is leaning on.

I asked Activision CEO Eric Hirshberg about as much earlier this year. "I wouldn't read too much into it in terms of a sea change in our business strategy," he said, regarding the announcement of Geometry Wars 3. "It's a passion project, a skunkworks project that we're excited about, but it doesn't signal an overall shift in our approach to the business." So, what is Activision's approach? Invest heavily in a small group of blockbuster franchises and market the hell out of 'em. Seeing a lot of commercials for Destiny and Call of Duty? That wasn't an accident! The marketing budget on these games is often larger than the development budget. Activision really wants you to know that they exist and you should probably buy them.

Which is at least partially why you (probably) bought this year's Call of Duty and/or the first entry in the $500 million Destiny franchise. It's just statistical probability, because most everyone who buys games bought one of these two. You may or may not have bought that Legend of Korra game, or the new Geometry Wars (you really should -- it's excellent). But you almost certainly bought the new Call of Duty, and probably Destiny too. Activision's betting on it. And so far, Activision's winning that bet.

Coverage: Activision
In this article: activision, callofduty, callofdutyadvancedwarfare, destiny, hdpostcross, microsoft, mobilepostcross, money, nintendo, sales, skylanders, sony, video
All products recommended by Engadget are selected by our editorial team, independent of our parent company. Some of our stories include affiliate links. If you buy something through one of these links, we may earn an affiliate commission.