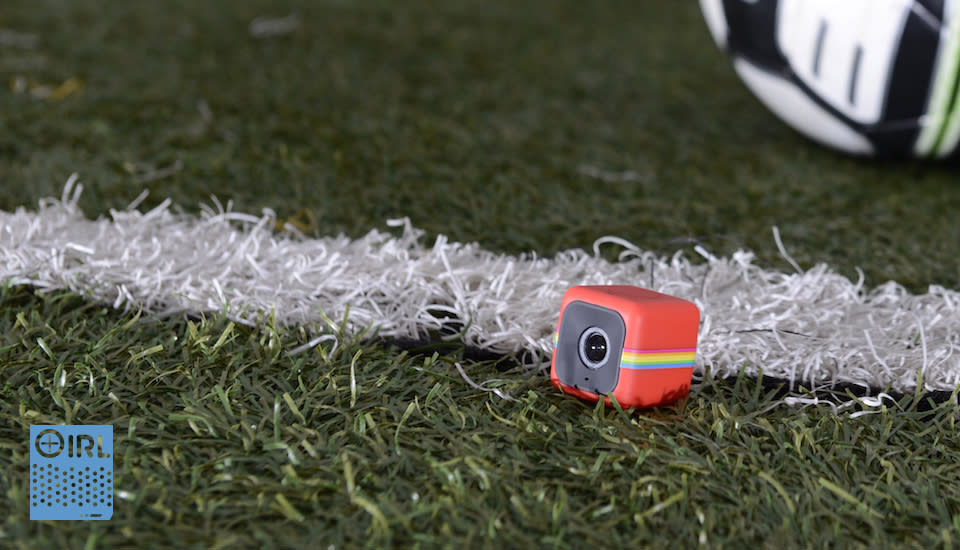 Gone are the days when you had to carry a hefty camera to capture life's best moments. For the most part, we have smartphone makers to thank for that, aided by steady improvements to imaging sensors. At the same time, though, a number of other manufacturers have made it their mission to build ever-smaller cameras -- all to make snapping photos and taking videos a much easier feat than it was before.

Polaroid, a company known for all-things-imagery, did exactly this with the Cube, an itty-bitty camera that measures just 35mm (1.4 inches) square and weighs in at 45 grams (1.6 ounces). Naturally, when you think of cameras that come in small packages, GoPro's Hero line instantly comes mind, but the Polaroid Cube isn't meant to compete with those. Instead, this $99 shooter is aimed at casual users. If it's high production value you're after, then, you'll need to look elsewhere. Speaking of which, Polaroid's diminutive camera features a 6-megapixel sensor with a 124-degree wide-angle lens, and can shoot 720p/1080p video at 30fps. The Cube's image quality is average at best, but even that depends on one factor only: well-lit shooting conditions. In broad day light, it takes decent pictures and video; they're relatively sharp and don't appear as if they were shot with a camera from the year 2000. (That's something, right?) Unfortunately, the same can't be said of images taken in dim settings. Pictures and video shot at night, came out extremely noisy and frankly would have been unusable in most situations -- even sharing on social networks. Not that I expected otherwise, but it would have been a nice surprise.

Simply put, the Polaroid Cube is good, not great, during the day, and even more disappointing at night. Which makes sense: this is a $99 camera. Even so, the new entry-level GoPro Hero is a better option at $129, only $30 more than the Cube.

What's more, since there's no built-in display or a companion app, you're stuck with the default settings. As in, what you see is what you get -- the only physical button on the camera is used as the shutter and to power the device on and off. Your files, meanwhile, are saved to a microSD card (you can also transfer them via micro-USB).

All things considered, the Polaroid Cube is a good first-generation product: Its form factor is cute (not to mention eye-catching), and I have faith that the picture/video quality could be improved in future iterations. For now, however, you're better off seeing what Polaroid does next with its tiny camera -- namely, offer an app to pair it with and better internals. Having said that, if there's someone in your life who doesn't have a smartphone or another type of compact camera -- a kid, perhaps -- they might enjoy having a Cube to play with. After all, what is this if not a toy?

In this article: Cube, engadgetirl, hands-on, IRL, Polaroid, Polaroid Cube, PolaroidCube, uk-feature
All products recommended by Engadget are selected by our editorial team, independent of our parent company. Some of our stories include affiliate links. If you buy something through one of these links, we may earn an affiliate commission.