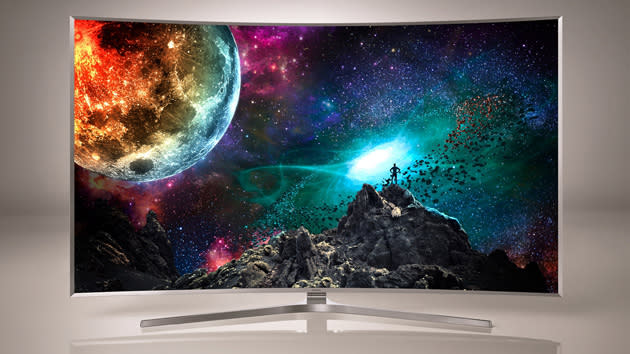 The few 4K video services that exist right now typically require that you stream whatever you're watching -- not very practical given the subpar state of broadband in some areas. You won't have to settle for a mere 1080p for much longer, though. Samsung is teaming up with its frequent media partner M-Go to launch a 4K movie-download service that uses the UHD Video Pack hard drive to store those extra-sharp blockbusters and dramas. Supposedly, it'll offer the "highest quality content" that Samsung owners can get. It's all engineered to a spec designed by the Secure Content Storage Association -- a digital DRM team up backed by Western Digital, Fox and Warner Bros -- although what those specs aren't isn't quite clear yet. The company hasn't said when you'll get to try this Ultra HD offering beyond a generic 2015 window, but it'll work with both SUHD and regular UHD sets.

In this article: 4k, ces, ces2015, download, hdpostcross, internet, m-go, movies, projectphenix, samsung, SCSA, SecureContentStorageAssociation, television, tv, uhdvideopack, ultrahd
All products recommended by Engadget are selected by our editorial team, independent of our parent company. Some of our stories include affiliate links. If you buy something through one of these links, we may earn an affiliate commission.