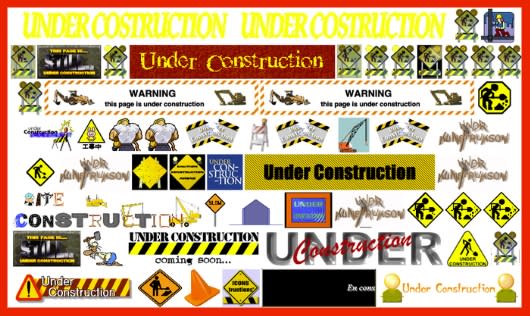 On its Early Access page, Steam posts a manifesto of sorts praising this radical new type of development in which players get in on the alpha or pre-alpha stage, saying, "This is the way that games should be made."

Early access -- and all of the other similar names for the same concept -- appears to be the latest trend that's sweeping not just MMOs but video games in general. Both Steam and crowdfunding sites like Kickstarter are largely responsible for promoting early access, and it has been a popular attraction for players who previously had to sit on their hands and wait for a game to get, y'know, finished. Now we can indulge instantly and run around the structure even as it's still under construction.

I was talking about early access with Bree on the podcast the other day, and both of us were expressing distaste and an increasing uneasiness with the early access trend. Popular as it may be, is it really the way that games should be made? Will it result in better titles in the end? And who is getting what, exactly, out of it? It's this last question I want to address today. OK, just about every studio is going to sing its siren call for early access by talking about how it's eager to involve players in the development process, as if its team were one member short, and by jove, you can fill that role! These devs are going to talk about being transparent and forging a better community, and maybe those are byproducts, but let me tell you that the bottom line for a studio -- not the individual developer, but the studio itself -- is to make as much money as possible on a product. And early access is a previously untapped treasure trove of easy money.

The way I see it, early access is the next evolution of the pre-order. The big thing used to be how we'd plunk down money in advance for a product that we had yet to receive, which was a relationship that benefitted the studio more than it did us. So then studios started sweetening up pre-orders with extras and beta keys to take the edge off of our unease at what is really paying them for something they haven't done yet. At least then, the games were close to being completed and we had a good chance of seeing a return on this advance on allowance we were doling out.

Nowadays, studios want player money even earlier. This may be done to get around the old model of finding a publisher to finance a product or to provide for more avenues of development that wouldn't otherwise be possible. But it's also done because it can be done. Kickstarter proved that players are willing to not only buy a product in advance but fund its development. It's a situation that is like a dream to the suits: We're beating down studio doors to hand them money, strings-free, just for the possibility of doing something, not for anything they've already done. How could studios not chase that?

Of course, as with pre-orders, there needed to be assurances and sweeteners to encourage more folks to cough up money four years before a game will hit the shelves (if ever), so the "reward" of early access was thrown into the mix. It serves to prop up this fantasy of a player being part of the team, now she has bought her way onto it, or to play into the notion of an investor (if that's how you see crowdfunding) being able to check up on his investment. So instead of taking players' money and asking them to wait a few years for a finalized product to be made, studios can offer instant access and take the pressure off that long wait.

What else do studios get than money? Well, they get testers who will hopefully provide some sort of feedback (either written or through metrics), and if the game has any redeeming value in its primitive state, they get positive buzz that can hopefully be turned into even more donations. If the studio can launch the game fully funded, then it's pure profit from then on; if the game tanks along the way, then there's a reduced risk of a loss (since donations aren't the same as investments).

Studios stand to lose from early access, too. Players who aren't used to the crudity of alpha might let loose with a lot of criticism. The community might lose interest over the long span of development and drop out of testing altogether (although the studio still has its precious money, so it's not a total loss -- for it). When the final game releases, it has a lesser impact, as it feels as though it's been around for a long while now and has no surprises left. Players get instant gratification. I can understand the appeal of wanting to get in on the ground floor, of witnessing game development as it happens, and of not wanting to wait for years for the complete product. Plus, you get to satisfy your curiosity, talk about it before the rest of the crowd, and even feel as if you have a hand in steering the game to a better destination.

Studios have made a big deal out of early access as a way to allow communities to have a stronger voice in development at a stage where it truly matters (implying that beta testing is "too late" for any sort of course correction). Take this attitude as you will, whether it's mere words to placate an audience actually willing to believe that or a genuine effort to steer development by the will of the masses.

Either way, I think it's folly. Getting input and feedback is always an important part of game development, but giving control of the ship to a fickle mob that can often be unbalanced by dominant (screaming) voices is not the way to steer a product to its best destination. Consider me old fashioned, but shouldn't the professional game developers be the ones, um, developing? Haven't we heard from devs so many times that players so often don't know what they truly want, just what they say they want?

I don't know how many players buy into that line of thinking. I would wager that many early access adopters are there merely to get a day or two in with a product to see what's there and to secure a package of goodies (digital and otherwise) for the final release.

Other than perhaps sharing my sense of unease, we non-payers can benefit from an advance of information and the hope of a more polished and tested final product. We can also learn about the process of game development by observing the progress of a title as it goes through an NDA-free early access period.

I don't like to invoke slippery slope, but I will in this case because we're already seeing how studios are taking the next steps to enlarging that money flow by possibly undermining their product.

Pathfinder Online recently began its early enrollment period, during which the game is -- by the devs' own admission -- three years away from a full launch, but it will not be wiped as players can start their journeys now. Oh, and in addition to an up-front fee to get in, there's also a monthly subscription. For alpha. This continues to blow my mind.

The stinger on this particular example is that the studio outright said in its early enrollment announcement letter that players who don't jump on board the early access train will be forever behind the curve:

"Our game uses a unique real-time based XP system. Characters gain XP through the passage of time, not through being logged in. So the characters that are created in the first month will be the characters with the most XP for all time. A special perk will be in effect that backdates XP to the start of Early Enrollment for the first month so no matter when you purchase an account, if you create a character in Month 1, you'll have that maximum XP."

Goblinworks' justified the decision in a long explanation published on Massively yesterday, arguing that the game's power curve, new classes, leveling track, and character interdependency will mitigate these permanent differences between founder characters and future newbies. But no matter how you dress it up, this is an instance in which early access has gone from being a nicety to a near-necessity for core players. Players are penalized, however slightly, by not starting at the earliest possible moment in the game, and it remains to be seen just how that will impact the long-term health of the title.

Other early access titles are enlarging that money flow by promoting and accepting cash shop payments, even if the game will be wiped (this is usually partnered with a promise to refund the currency -- but not the money -- for the live game).

I might be in danger of falling behind the times with this. But it's this direction of monetization and development that unnerves me and makes me wish for the good ol' days of just a few years ago. How about you?

Everyone has opinions, and The Soapbox is how we indulge ours. Join the Massively writers as we take turns atop our very own soapbox to deliver unfettered editorials a bit outside our normal purviews (and not necessarily shared across the staff). Think we're spot on -- or out of our minds? Let us know in the comments!
In this article: alpha, alpha-test, alpha-testing, beta, crowdfunding, early-access, early-enrollment, editorial, featured, goblinworks, kickstarter, op-ed, opinion, pathfinder-online, rant, rants, soapbox, steam, steam-early-access, testing, the-soapbox, under-construction, valve
All products recommended by Engadget are selected by our editorial team, independent of our parent company. Some of our stories include affiliate links. If you buy something through one of these links, we may earn an affiliate commission.