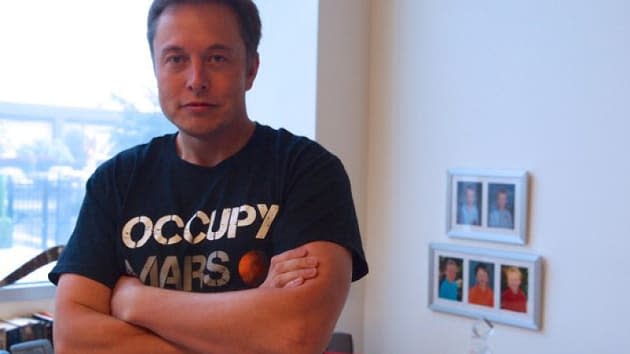 We don't normally cover the dry world of start-up funding, but this story looks as if it's worth breaking a rule for. According to a report over at The Information, Google is about to write SpaceX, Elon Musk's private spaceflight company, a big check the next time the latter company requests some cash. It's still early days, but anonymous sources that are familiar with the matter believe that the quantity of cash that'll change hands is "very large."

Update (1/20/15): And it's done! Google is part of a billon-dollar investment round in SpaceX that values the company at $10 billion.

If one thing is becoming clear, you see, it's that those who control the infrastructure of the internet hold a lot of power. That's why we've seen Google and Facebook developing methods to bring high-speed access to the developing world. As you may know, Project Loon envisages hoisting WiFi-beaming balloons into the sky while Facebook is researching drones that could push data across continents for very little cash.

A few days ago, however, SpaceX announced that it too would be joining the fray by launching several hundred satellites to orbit the earth. By placing the craft at a height of 750 miles, the system would, theoretically, be able to provide fiber-like speeds to every person on earth. That is, at least according to the report, where Google's interest lies, since the search engine can leverage Musk's spacefaring know-how and make sure it has two competing systems in the works.

In this article: Elon Musk, Funding, google, SpaceX
All products recommended by Engadget are selected by our editorial team, independent of our parent company. Some of our stories include affiliate links. If you buy something through one of these links, we may earn an affiliate commission.