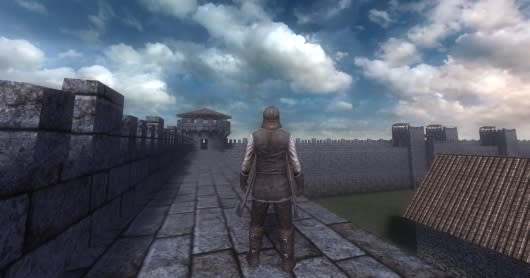 So what will the next year bring for Life is Feudal? Lots of things, since the game is still in its early access phase. But you don't have to take our vague and noncommittal words for it; you can just take a look at the game's official 2015 roadmap. The page outlines what will be coming to the game each month from here until September, along with progress bars to give hopeful players an idea of how far along the team has gotten on these features.
The team is going to be taking a break on all of this during their first trip to a convention, though; the staff from Bitbox will be in-person at PAX South, displaying at Booth 1261 for fans and those who have never heard of the game before. In other words, it should be a pretty busy 2015 for the game.

[Thanks to Saxxon for the tip!]
In this article: alpha, alphas, beta, betas, bitbox, bitbox-ltd, development, early-access, early-testing, lif, life-is-feudal, news, news-items, paid-alpha, paid-beta, pax-south, pax-south-2015, roadmap, test, testing
All products recommended by Engadget are selected by our editorial team, independent of our parent company. Some of our stories include affiliate links. If you buy something through one of these links, we may earn an affiliate commission.