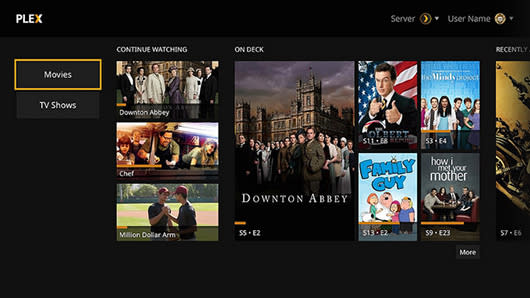 Plex, the personal media streaming service, can now send content directly to the PlayStation 4 and PS3 with a new app now available on the PSN.

The program allows users to stream media from their computers to any Plex-ready device, including mobile phones, tablets and now the PlayStation home console ecosystem. While the service may not mean much to PS3 users – since that console has its own built-in media server support – a Plex debut on PS4 means users can now use the console as a hub for their own downloaded media content.

There is a catch, of course: Plex streaming to PlayStation consoles is only available for Plex Pass subscribers, which is priced at $5 a month ($40 year, $150 lifetime). The app "will be made available, for a fee, to those without a Plex Pass" in the future, a post on the PlayStation Blog revealed.

The PlayStation Blog says the app is available in the US, Canada and Latin America. On the Plex website, the company notes a select number of other regions where the app will be available, including the UK. The Plex site also reveals a few additional details, such as the PS3's limitation of streaming 720p content using the app and the Plex on PlayStation's lack of support for the MKV file format and DTS audio.

At launch, Plex on PlayStation will only support video content, but music and photo streaming "will be coming shortly."
[Image: Plex]
In this article: DLNA, playstation, Plex, ps3, ps4
All products recommended by Engadget are selected by our editorial team, independent of our parent company. Some of our stories include affiliate links. If you buy something through one of these links, we may earn an affiliate commission.