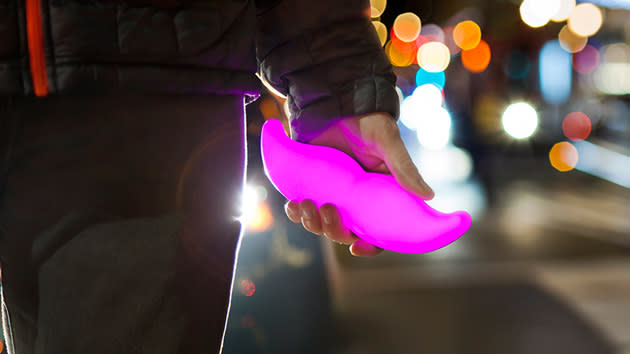 Lyft likes to position itself as the cheery alternative to Uber's serious (and sometimes cutthroat) ridesharing service. However, that big, fuzzy mustache on the nose of the company's vehicles may be hurting more than it helps -- your business pals won't be impressed when you show up in a cartoonish car. To that end, Lyft tells Wired that it's scrapping the fake fur in favor of a dashboard-mounted glowing mustache (aka the "glowstache"). The more tasteful trinket is meant to preserve some of the company's signature whimsy (and help you spot your ride at a distance) without embarrassing you when the driver shows up. Also, it's more likely to hold up to real-world abuse. As you might have guessed, the original mustache doesn't look so hot after it's covered in street grime.

Does this affect your day to day experience with Lyft? Probably not. However, it reflects the company's desires to both mature its image and cater to passengers who want more than a fun, cheap way to get from A to B. It's now offering carpooling services and other "grown up" features -- axing the happy-go-lucky decoration may prevent customers from choosing Uber simply to look a little more distinguished.

In this article: glowstache, lyft, mustache, ridesharing, transportation
All products recommended by Engadget are selected by our editorial team, independent of our parent company. Some of our stories include affiliate links. If you buy something through one of these links, we may earn an affiliate commission.