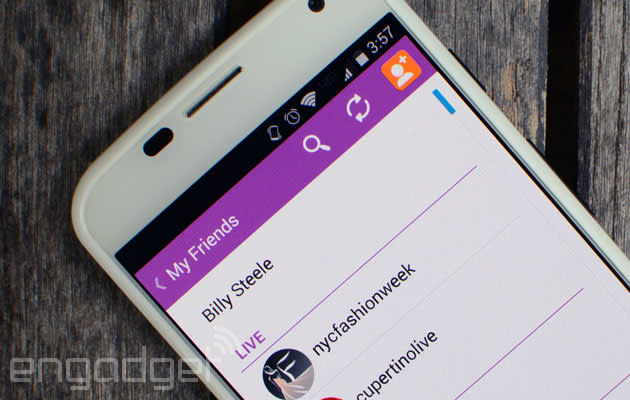 Snapchat's already working on a library of original content, and thanks to AT&T, there will soon be shows for viewing inside the app as well. Re/code reports that a "scripted series" with 12 episodes will feature YouTube personalities like Freddie Wong and Harley Morenstein -- in addition to the Snapchat-famous Shaun McBride. This "SnapperHero" project isn't part of the app's Discover content channel, though, as AT&T is sponsoring the videos, so they're more like produced two-minute ad spots. Yahoo and others were also rumored to be considering YouTube's "talent," so we'll see how pairing popular internet things turns out. The "show" is set to debut in the near future as the number of folks leveraging the ephemeral sharing service's platform continues to grow.

In this article: atandt, att, mobilepostcross, show, shows, snapchat, snapperhero, video, youtube
All products recommended by Engadget are selected by our editorial team, independent of our parent company. Some of our stories include affiliate links. If you buy something through one of these links, we may earn an affiliate commission.