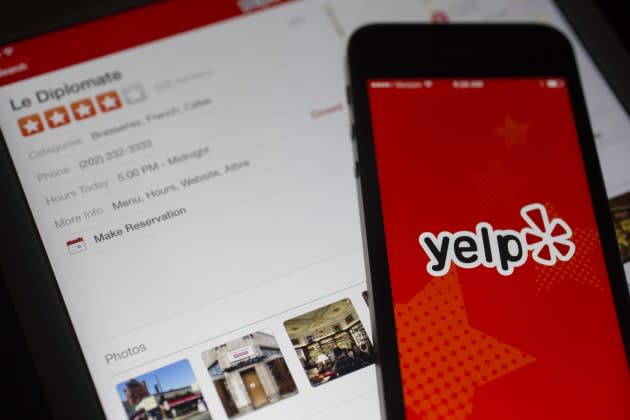 Yelp's targeting the wallets of lazy diners everywhere (and coming at Seamless and GrubHub in a big way) by gobbling up the online food ordering platform Eat24. The company, which is currently used by around 20,000 restaurants around the country, has actually been a partner of Yelp's since 2013 (at which point the online review giant was already eyeing it like a juicy slab of bacon). You can already place delivery and takeout orders from within Yelp's apps and websites, but the acquisition should allow the online review company to more seamlessly integrate Eat24's technology. It also makes Eat24 a much more desirable solution for restaurants. Right now GrubHub and Seamless (which merged a few years ago) cover around 32,000 restaurants around the U.S. and London, so Yelp's new baby has a lot of catching up to do.

In this article: delivery, Eat24, Yelp
All products recommended by Engadget are selected by our editorial team, independent of our parent company. Some of our stories include affiliate links. If you buy something through one of these links, we may earn an affiliate commission.