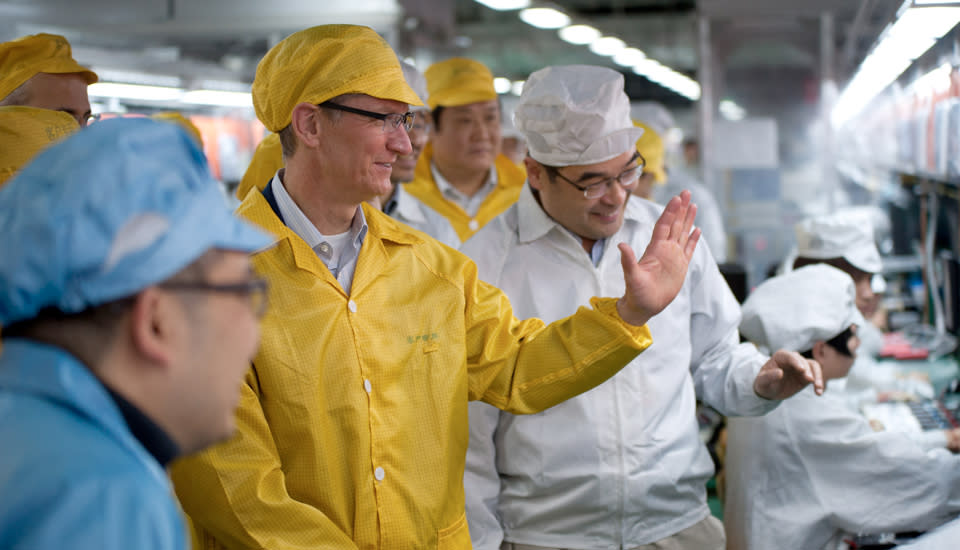 The factories where our gadgets are built can be nasty, inhumane and sometimes lethal places to work. As the richest company on the planet, Apple has a duty to lead the charge against poor conditions and child labor. Today, the company has published its ninth annual Supplier Responsibility report that repeats its commitment to treat all workers with "dignity and respect." The headline stats are positive, and the company only found 16 child labor violations, but there's still a few things that have to be worked on.

Firstly, Apple stipulates a maximum working week of 60 hours, and 2014 saw the number of employees going over this limit fall to eight percent. Unfortunately, with a workforce of 1.1 million, that means that 88,000 people are still working beyond that figure -- the same quantity as in 2013. The company has also pledged to eliminate bonded labor, a form of debt-based slavery, from its suppliers in 2015. Last year, it found that around 4,500 people were working under some form of bonded labor contract, and forced suppliers to repay nearly $4 million to the victims.

The company is also looking to reduce its dependency on conflict minerals like Tantalum, Tin, Tungsten and Gold. According to the report, Apple would rather set up legitimate facilities in trouble spots like the Democratic Republic of Congo than go elsewhere. That way, it can enable locals to "earn a good living, in better conditions," and is in the process of bringing 64 such locations on line. The iPhone maker has also sought to eliminate four smelting plants that refused to submit to a responsibility audit.

On the down side, 24 factories were found to be discriminating against pregnant workers and a further 20 were forcing new hires to submit to medical tests not required by law. 73 factories were making 16 to 18-year-old workers do overtime and night shifts, which goes against the rules set down by the International Labor Organization. A further 105 were found to be withholding overtime payments to employees and a further 18 weren't paying the legally-mandated minimum wage at all.

While the findings show plenty of room for improvement, the fact that a company is committed to this level of transparency has to be praised. After all, if it's happening with Apple, then it's safe to assume that these sorts of violations could also be taking place at other company's suppliers. Until other technology companies join the movement, then it's going to be hard to see how widespread the issue really is.

In this article: apple, Child, China, Ethics, Forced, Labor, Responsibility, Supplier, SupplierResponsibility
All products recommended by Engadget are selected by our editorial team, independent of our parent company. Some of our stories include affiliate links. If you buy something through one of these links, we may earn an affiliate commission.