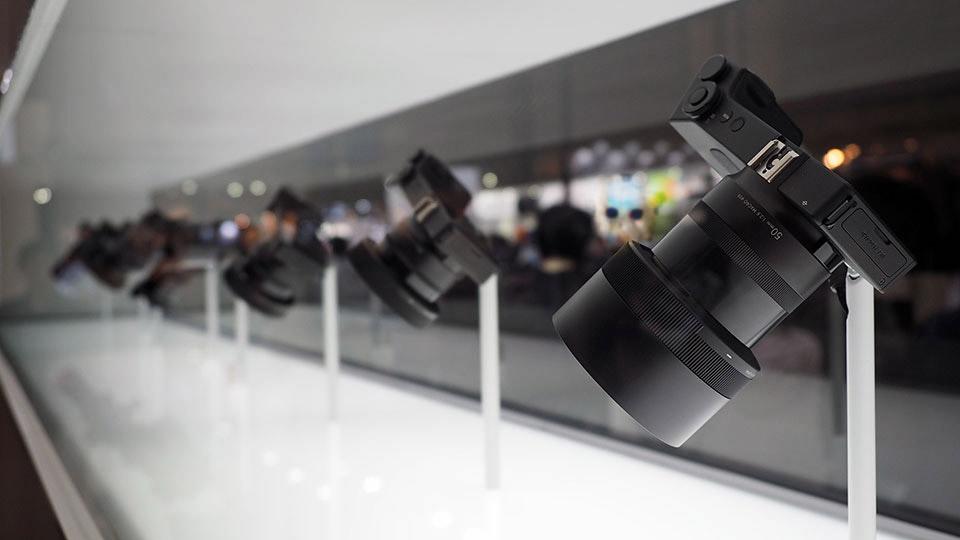 There were selfie sticks. There were even a handful of drones, but Japan's annual CP+ camera show remains, unmistakably, a truly big camera show. It's one for the masses too: press and business visitors mingle alongside the Japanese public, most of whom took Thursday or Friday off to see this year's big camera launches. 'Big' encompasses both the substantially-sized DSLRs that were on show as well the accompanying price tags. While camera companies had plenty of entry- to mid-level point-and-shoots (still!) for customers ignoring the existence of smartphones, it's those substantially pricier models from most of the camera companies that caught our attention most.

"See the next groundbreaking models from Nikon, Canon, Olympus and Pentax... but no touching."

Having said that, a depressing trend for anyone attending the show: most of the interesting cameras were cocooned in glass cases. Come to CP+ 2015 and see the next groundbreaking models from Nikon, Canon, Olympus and Pentax! But no touching.

13
In this article: canon, cp+2015, cpplus, cpplus2015, nikon, sony
All products recommended by Engadget are selected by our editorial team, independent of our parent company. Some of our stories include affiliate links. If you buy something through one of these links, we may earn an affiliate commission.