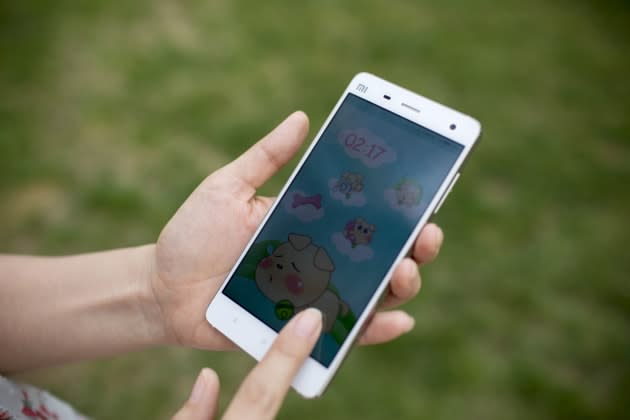 Most cellphone makers do their durability testing in labs, but let's be honest: those trials can be kind of boring to watch. In an attempt to show just how tough its Mi 4 handset is, Xiaomi used a trio of sea creatures. The phone spent a few moments in the clutches of a freshwater crab, a Japanese blue crab and a lobster, with each getting a chance to clamp down on the 5-inch steel-framed device. The gadget endures the grip of the first two just fine, but company decided to leave us in suspense as to how the Mi 4 fared against the crustacean with the biggest claws. The fate of the testers isn't disclosed in the video either, but we'll assume someone had a nice seafood dinner. At any rate, take a look at the stunt on the other side of the break.

In this article: cellphone, crab, lobster, mi4, mobilepostcross, test, xiaomi, xiaomimi4
All products recommended by Engadget are selected by our editorial team, independent of our parent company. Some of our stories include affiliate links. If you buy something through one of these links, we may earn an affiliate commission.