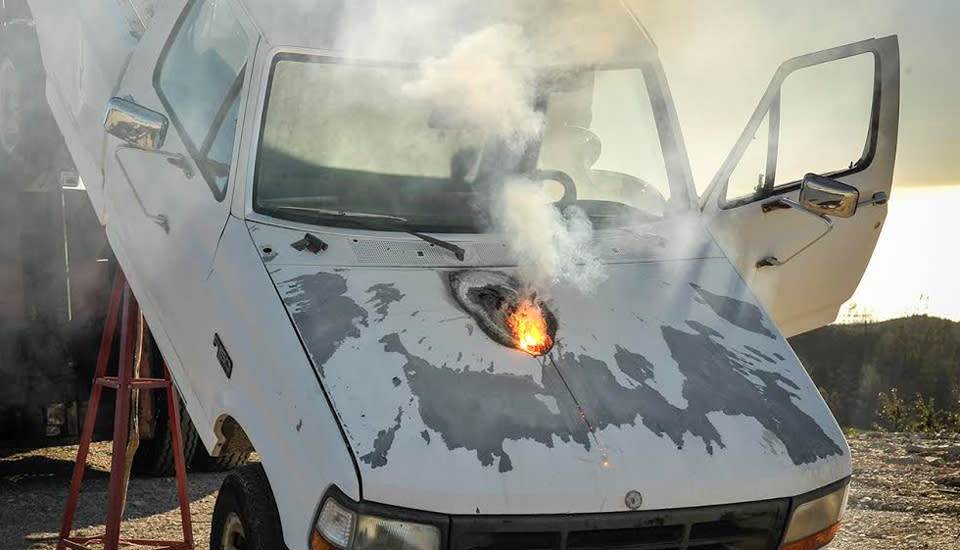 Lasers have staggering range, can attack land or air-based targets and are dirt-cheap to fire, making them ideal for a military with one eye on the budget. Now, Lockheed Martin has worked out that the technology could also be used for stopping a car without resorting to lethal force. The company has been testing out a new fiber-optic laser, called ATHENA, which was able to burn through the engine manifold of a truck that was over a mile away.

For the purposes of the test, the truck had its engine and drive train running, although the vehicle itself was up on props. Rather than causing the engine to explode, as per Hollywood, the truck was simply rendered unable to move. Reading between the lines, perhaps Lockheed believes that the gear will be a useful, potentially non-lethal precaution against explosive vehicles being driven, at speed, towards infrastructure points, guard towers or military bases.

ATHENA is based on Lockheed's earlier ADAM system, which was designed to shoot down enemy rockets while in mid-air. This time out, the hardware used a technique called "spectral beam combining," which involves taking multiple laser modules and pointing them in the same place to create a single, powerful, high-quality laser beam. Now, feel free to disagree with us, but doesn't that sound an awful lot like how the Death Star's main weapon worked?

In this article: ADAM, ATHENA, Laser, Lockheed, LockheedMartin, Martin, Military, Weapon
All products recommended by Engadget are selected by our editorial team, independent of our parent company. Some of our stories include affiliate links. If you buy something through one of these links, we may earn an affiliate commission.