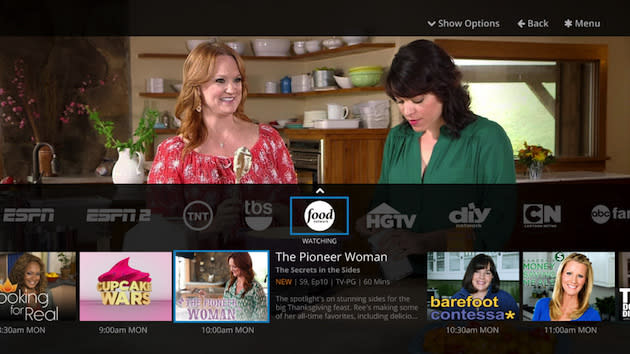 If you're still hearing arguments against cord cutting, your frenemies are probably saying that you can't watch Better Call Saul, Mad Men and Portlandia without resorting to piracy. Now that IFC and AMC are joining Sling TV's basic $20 a month "Best of Live TV" package, you can shove their words right back into their stupid jerk faces. For the moment, you'll only be able to watch the shows as they're broadcast, but Sling is promising that on-demand services are coming soon. In addition, the long-promised "Hollywood Extra" bolt-on will launch, offering movie content from EPIX and Sundance TV. We'd make a labored pun about you slinging your cable subscription into the trash, but someone else probably already did it.

In this article: AMC, BestOfLiveTV, BetterCallSaul, hdpostcross, IFC, Portlandia, SlingTV
All products recommended by Engadget are selected by our editorial team, independent of our parent company. Some of our stories include affiliate links. If you buy something through one of these links, we may earn an affiliate commission.