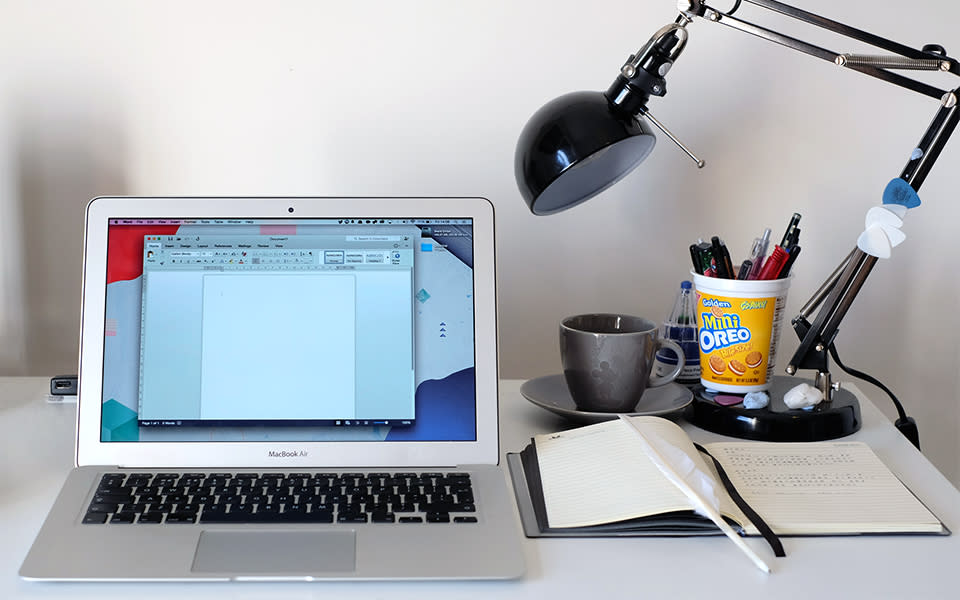 It's fair to say that Office for Mac hasn't exactly been a priority for Microsoft. While it's lavished attention on the Windows, iOS and Android versions of its productivity suite, Mac users have been stuck using Office 2011 for almost five years. That's set to change very soon, as Office 2016 is coming to OS X. A public preview of the suite, containing Word, Excel, PowerPoint, Outlook and OneNote is now available for everyone to try out, and it's a very welcome change. Using Office 2011 on the Mac is like stepping back in time. Although Microsoft has done a good job updating the suite over the years, the overall look and feel of the apps just don't gel with the dramatic changes OS X has seen since 2010. The new apps change that, bringing a user interface that sits somewhere between Windows' ultra-modern look and the traditional layout of Office 2011.

Although some may look on in envy at the clean, uncluttered look of the upcoming Windows' Office 2016 suite, the compromise here makes a lot of sense. Yosemite may be flatter and simpler than previous versions of OS X, but it's not Windows 10. Just transposing the UI over would be extremely jarring for Mac users currently working with Office 2011, or pretty much any OS X productivity application. Similarly, Microsoft has to balance the experience of Mac users coming from Office 2011 with Windows users moving over to Mac Office. Creating a suite that's instantly familiar to both subsets (while still looking good) is no easy feat, but Microsoft has managed it. One small drawback of this compromise is Mac users currently working with the iPad or iPhone versions of Office won't feel completely at home -- there's a legacy here that Microsoft has to support, so the look and feel aren't as modern as on iOS, but that's understandable. Excel, Word and PowerPoint all have this fresh welcome screen, which looks almost identical to the iOS apps.

So what's actually changed? Well, the Ribbon interface is still there, but it's now cleaner and clearer. Take Word for example. Sections are clearly labeled, with some efforts made to clarify the headings ("Document Elements" is gone, with its options moving to "Insert" and "References"). Options within each section have more modern iconography and everything feels less cluttered.

This de-cluttering is apparent throughout the suite. Kind of like the move from OS X Mavericks to Yosemite, the change looks huge at first, but soon you'll realize that most of it is just window dressing. There are layout tweaks and reshuffles, but if you're switching from, say, Excel 2011 to Excel 2016 you'll still feel at home. And that's a real achievement.

Speaking of Excel, a very welcome change comes in the form of keyboard shortcuts. The app now supports both the CMD-based shortcuts from Office 2011 and the shortcuts that have been present in Windows for decades. That means, for example, you can copy cells using either Ctrl-C or CMD-C. It's a small change, but one that'll make users switching between Windows and OS X feel right at home. Actually, I get why Excel, with its myriad shortcuts, gets priority on this feature, but it seems like Microsoft could and should implement this across all of the Office apps. It's not like Ctrl-C is doing anything else in Word. Users are encouraged to store files in OneDrive rather than locally.

Moving on from minutia, one of the biggest feature changes is the tight integration of OneDrive, Microsoft's cloud storage service. Everyone with a (free) Microsoft account gets 15GB, but if you're an Office 365 subscriber (and if you're using Office, why wouldn't you be?), you'll get 1TB to play with. On the enterprise side, there are also options for OneDrive for Business and SharePoint. Similarly, co-authoring is now much simpler to use. There's an icon in the top-right corner of each app that lets you share with certain addresses, generate a sharing link or just email the project as either a document or a PDF. It's all very painless, and there's even a non-distracting visual indicator to show you when someone else is editing or reading (a little number appears next to the icon).

This stuff may sound dull, but it's super important when you consider how easy it makes it to jump among versions of the same document on your phone, your tablet and your Mac. It's basically the same vision that Apple sells with its iWork suite, but here you get cross-compatibility with Windows, Android and pretty much any device that can access the online Office suite through a browser. Both co-authoring and OneDrive integration were present before, but they felt totally tacked on, squeezed into an ancient application that didn't want them there in the first place. Co-authoring is now simple and streamlined.

There are tons of other changes here: modern PowerPoint layouts and transitions that won't get you laughed out of a meeting; easily accessible and attractive document themes across the entire suite; optimization for Retina displays; and loads of smaller tweaks. Microsoft will no doubt have more changes coming before Office 2016 launches, as well. Oh, and the suite will also include Outlook, which looks great, but isn't all that useful unless you rely on Exchange for email, and OneNote, which looks great and is very useful. Both are already available, for what it's worth, although Outlook requires an Office 365 subscription.

Before you throw your copy of Office 2011 out of the window, there are a few issues to discuss. Office 2016 for Mac is still in preview, and it's not totally stable. I didn't need to force close anything, but there were definitely some stutters, and a few cases where Excel in particular was using way more RAM and CPU power than it should've. This will all get fixed before the final release, we hope. If you rely on Office for work, by all means download and give it a spin -- Microsoft would certainly love the feedback -- but keep Office 2011 around for the important stuff.

The difference between Word 2011 and 2016 is pretty staggering.

Microsoft says Office 2016 for Mac will be ready this summer, although exactly when that means is up for debate. It'll be included in your Office 365 subscription, of course, so if you're already a subscriber, you don't have to do anything other than wait. But Microsoft also plans on selling it as a standalone product in some form. That could mean the familiar "Home & Student" and "Home & Business" editions, or perhaps a release on the Mac App Store. Or maybe both? We're not really sure yet. The new suite has sandboxed apps that'll play nicely with the Mac App Store, and OneDrive and OneNote are already in there, so it wouldn't be a huge surprise to see it released solely through the App Store, especially considering the moves Apple has made to lock down third-party apps from OS X.

To be honest, given the state of Office 2011 for Mac, Microsoft really won't have to do much to persuade users to upgrade to the 2016 edition. I'm already convinced that I'll pick up a copy, despite only exploring the preview for a brief time. For Mac users that have either stuck with Office 2011 all these years or dealt with the hassle of file incompatibilities that is Apple's iWork suite, making the jump is going to be a no-brainer. And Office really is the drug; it's what's kept Microsoft's users swarming around its services all these years. Once you're using Office everyday, you may as well be using OneNote to organize your life, and hey why not keep your family photos and videos on your OneDrive? This kind of integration is how Google spreads effortlessly, and Microsoft has spent the past few years tying all of its disparate offerings into each other, creating a functional, attractive and compelling collection of services for its users. With the launch of Office 2016 for Mac, it will be hoping it can turn an increasingly important Mac populous into addicts too.