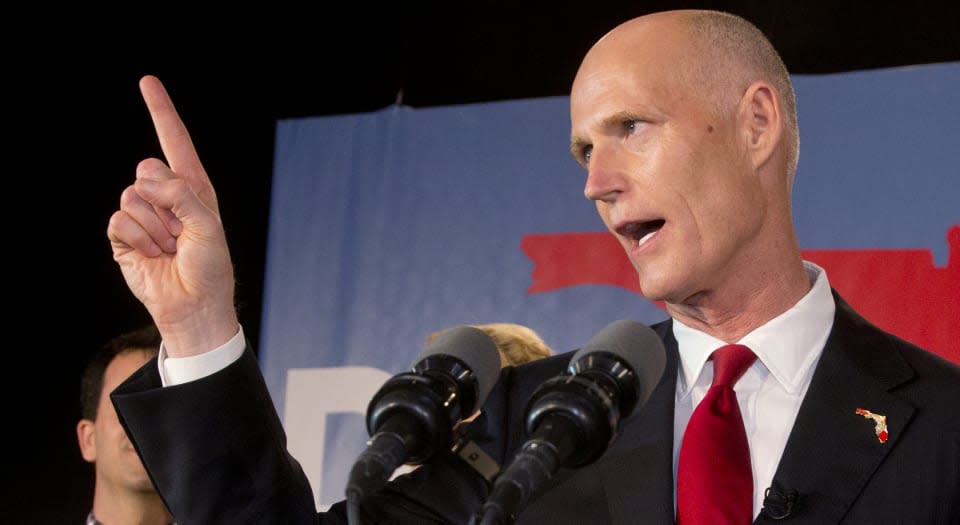 Believing that climate change isn't real is a bit like believing that you don't need a parachute to skydive; charming, but ultimately lethal. Let's just hope that Rick Scott is afraid of heights after reports have emerged that Florida's governor banned state officials from talking about the environment. According to the Miami Herald, the republican issued an unwritten ban on phrases like "climate change and "global warming" since he took office in 2011. Apparently his reasoning was that he didn't want employees to discuss anything that was "not a true fact," forgetting about those special truths that only empirical science can discover.

Since Florida is a low-lying coastal state in a tropical zone, it carries some of the biggest risks from future changes to the environment. According to employees who didn't want to be named for fear of reprisals, the policy isn't written down, but said that anyone referencing climate change would bring "unwanted attention" to their projects. A former official who did go on the record, Christopher Byrd, said that Scott and his friends were "not willing to address these issues and face the music when it comes to the challenges that climate change present(s)." Presumably, should Florida be hit with any more environmental catastrophes, Scott is well-placed to survive after so much practice burying his head in the sand.

In this article: ClimateChange, Florida, Politics, Rick, RickScott, Scott
All products recommended by Engadget are selected by our editorial team, independent of our parent company. Some of our stories include affiliate links. If you buy something through one of these links, we may earn an affiliate commission.