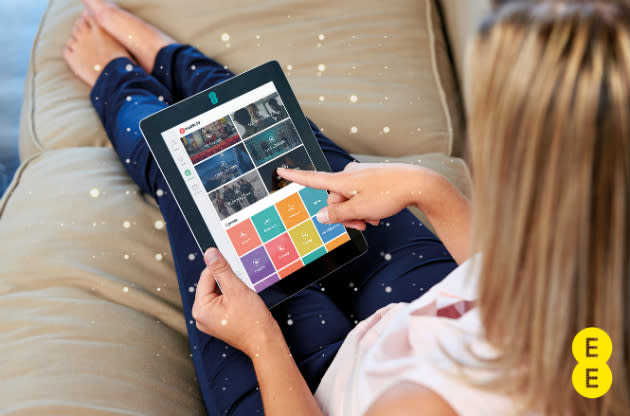 When EE announced the end of its beloved Orange Wednesdays promotion, it also teased an "exclusive" deal that would shortly be introduced as its replacement. We had our suspicions that such an offer wouldn't be able to match, never mind surpass the value of Orange Wednesdays, and today they've all but been confirmed. EE has announced that from March 30th, its former 'two-for-one' deal on cinema tickets will be replaced with "EE Film Club," which offers its customers a weekly £1 movie rental from Wuaki.tv.

If this is the first time you've ever heard of Wuaki.tv, don't worry, because you're probably not alone. The name hardly rolls off the tongue, and in the UK it doesn't have the same brand recognition as Amazon's Instant Video, Netflix or even Blinkbox Movies. But essentially, it's another platform where you can stream movies and TV shows. The Rakuten-owned company used to offer a Netflix-style subscription model, but that was eventually scrapped in favour of digital purchases and rentals. Under the new EE Film Club, all EE, Orange and T-Mobile customers will be able to text the word "film" to 141 and receive a promotional code that's valid from Monday to Wednesday. EE says "a wide range of films" will be available, including "the majority of new releases," although of course this won't include what's currently being shown in the cinema. Each £1 rental is valid for 48 hours and can be streamed from a ton of different devices, including Android, iOS, PC and Mac.

Wuaki.tv is also one of the few movie streaming services on EE TV, the network's first set-top box. Clearly there's a relationship between the two companies, and this latest promotion could help EE to sell its vision for the living room. The new EE Film Club doesn't hold a candle to Orange Wednesdays, but something is better than nothing, right?

In this article: EE, EE Film Club, EE TV, movies, Orange Wednesdays, video, video streaming, wuaki, Wuaki.tv
All products recommended by Engadget are selected by our editorial team, independent of our parent company. Some of our stories include affiliate links. If you buy something through one of these links, we may earn an affiliate commission.