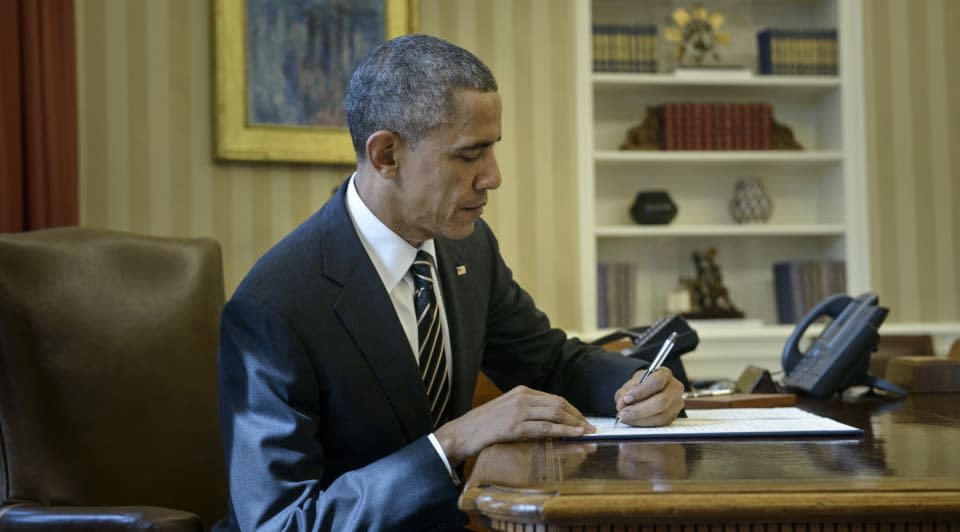 No matter how hard his opponents try to ignore or deny climate change, President Barack Obama won't back down. That's why the commander in chief has signed an executive order that'll ensure the federal government cuts its greenhouse gas emissions by 40 percent in the next decade. In addition, agencies will be required to increase the amount of renewable energy it uses up to at least 30 percent in the same period of time.

According to The New York Times, the federal government isn't a big polluter itself, but Obama is hoping his move will help lead by example. At the same time, several big suppliers like Honeywell, IBM and GE have all pledged to reduce their carbon footprint by 5 million metric tons over the next 10 years. According to the The Washington Post, it's likely that the combined efforts will save around 26 million tons of carbon by 2025.

Even if you don't believe that climate change exists, which it does, there's still a cost-saving effect to consider since the move will reportedly save the US taxpayer around $18 billion over the next decade. Saving money and the planet? Maybe Mother Nature will arrange the clouds over Washington to read "Thanks, Obama" tomorrow morning.

In this article: ClimateChange, Emissions, Federal, GE, Government, Honeywell, IBM, Obama, Politics, PresidentObama
All products recommended by Engadget are selected by our editorial team, independent of our parent company. Some of our stories include affiliate links. If you buy something through one of these links, we may earn an affiliate commission.