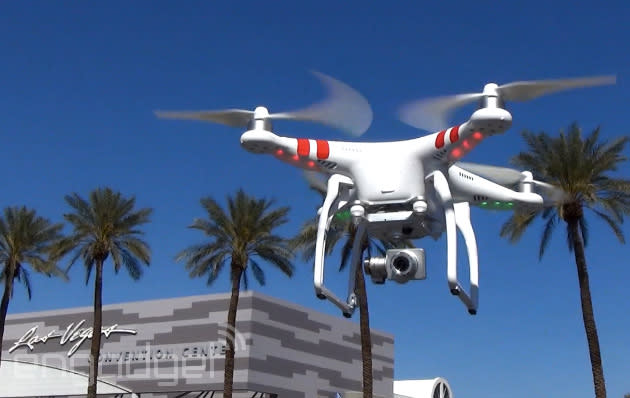 The Federal Aviation Administration wants to make it easier to operate commercial drones, it'd seem. The idea is to make it so companies that are already are exempt from the drone ban don't have to get a new certificate of authority for additional use case scenarios for UAVs, according to Reuters' sources. This could happen as early as next week Tuesday's congressional hearing on drones and, if approved, it might not be long before the sky gets a little busier. So far the amount of exemptions is slim thanks to the slow approval process. Of the over 750 requests, only 48've been awarded and the companies that have them (including State Farm's auto insurance wing and Chevron) would have more leeway in terms of what their fleets can do should the changes come to pass. It isn't quite the ban getting completely reversed, to be sure, but it's another step to speed up the typically lethargic wheels of bureaucracy.

In this article: commercialdrone, drones, faa, policy, transportation, UAV
All products recommended by Engadget are selected by our editorial team, independent of our parent company. Some of our stories include affiliate links. If you buy something through one of these links, we may earn an affiliate commission.