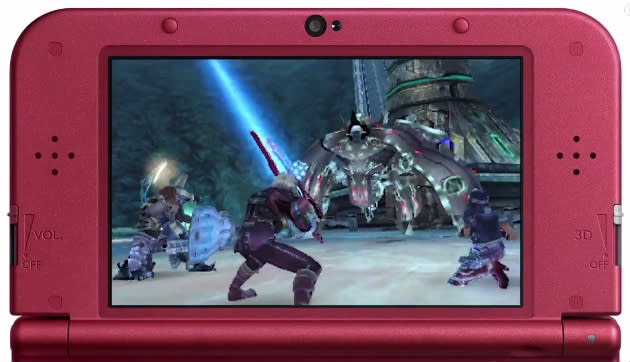 Xenoblade Chronicles, the Japanese role-playing game that launched to great success on the Wii in 2010, is on its way to Nintendo's latest handheld hardware, the new 3DS, on April 10th. Nintendo announced the date during today's Nintendo Direct live stream. Also in the Xenoblade series, Xenoblade Chronicles X is due out for the Wii U in 2015.

In this article: hdpostcross, nintendo, NintendoDirect, nintendodirectapril2015, xenoblade, xenoblade-chronicles, xenobladechronicles
All products recommended by Engadget are selected by our editorial team, independent of our parent company. Some of our stories include affiliate links. If you buy something through one of these links, we may earn an affiliate commission.