UK politician cured his smartphone addiction by buying a BlackBerry 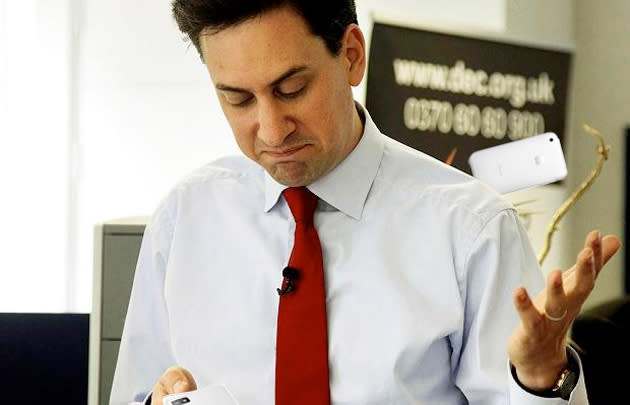 The UK is gearing up for an election, and one of the two most likely candidates for the top job has thrown some unintentional shade towards BlackBerry. In an interview with Absolute Radio, Ed Miliband has revealed that he ditched his iPhone for a BlackBerry because its harder to be addicted to a device with "limited functionality." Ouch. Miliband has previously taught at Harvard University and his time there made him a big Boston Red Sox fan. As a consequence, the one app that he can't live without is MLB At Bat, although since MLB stopped supporting BlackBerry devices for the 2015 season, Miliband might have to learn how to sideload pretty quick.

Geoff Lloyd: "I think I read about you that you had to give up your iPhone because you were so obsessive about checking Twitter and political commentary."

Ed Miliband: "The good thing about a BlackBerry -- I'm going to insult the BlackBerry makers now -- is that it's harder to do those things and so it's more limited functionality."

In this article: BackhandedCompliment, BlackBerry, EdMiliband, LabourParty, MLBatBat, mobilepostcross, video
All products recommended by Engadget are selected by our editorial team, independent of our parent company. Some of our stories include affiliate links. If you buy something through one of these links, we may earn an affiliate commission.