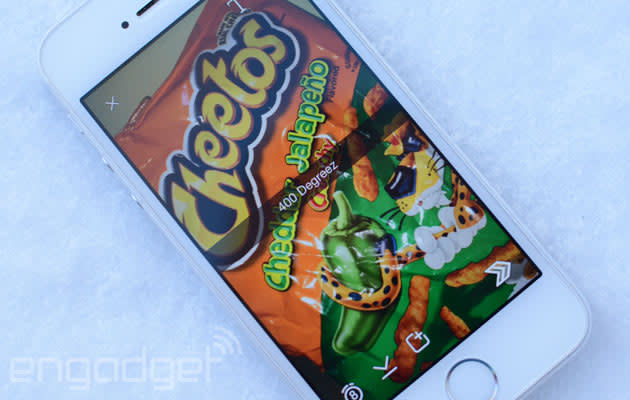 Snapchat's spent the better part of the last year doing its best to dispel the notion that it's just an insecure way of letting people see your genitals. It's already started to refashion itself as a media platform and a money wire service, but now the company is introducing transparency reports to show that you can trust it. Unlike others in the tech space, Snapchat didn't wait a full six months before revealing how many requests it received, so this first report only covers the four months between November '14 and February '15.

It turns out that as heavy-handed as law enforcement agencies can be, they're not particularly interested in images of your junk. The period saw 375 requests for data from the US criminal justice system, of which 92 percent were complied with. However, that figure doesn't include applications made by the security services, which can only be publicly disclosed after six months. Outside of the US, the two biggest Snapchat requesters were the UK, which had one out of 10 requests complied with, and France, who asked for data nine times and got precisely zero responses.

In this article: NSA, Requests, Security, Snapchat, TransparencyReport
All products recommended by Engadget are selected by our editorial team, independent of our parent company. Some of our stories include affiliate links. If you buy something through one of these links, we may earn an affiliate commission.