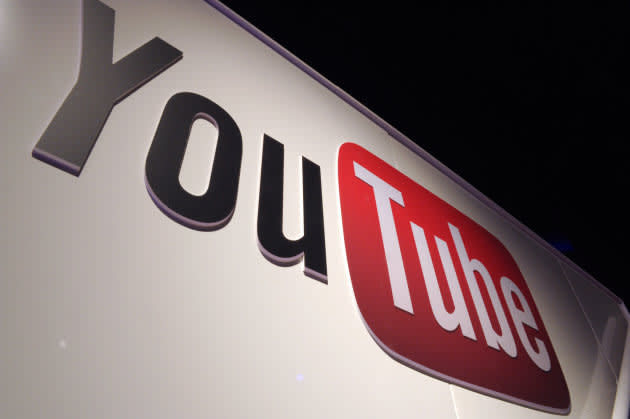 Google announced YouTube's Music Key streaming subscription last fall, and an ad-free video service is also said to be on the way. Bloomberg reports the paid plan that nixes those pre-roll advertisements will launch before the end of the year, citing a source familiar with the project. The company sent a letter to YouTube partners today painting the broad strokes, including a mention of the upcoming paid tier and updated terms. "By creating a new paid offering, we'll generate a new source of revenue that will supplement your fast growing advertising service," the letter explains. Details are scarce at the moment, but we'll certainly hear more about things like pricing and offline playback in the weeks to come. The aforementioned Music Key service launched late last year, and there was a pilot program for paid channels in 2013, so the idea of paying for YouTube content isn't new. It also offers a Kids option, and there's likely a ton of folks who'd pay a (small) fee to skip those awful Progressive ads.

In this article: ad, ad-free, adfree, ads, google, hdpostcross, streaming, subscription, video, youtube
All products recommended by Engadget are selected by our editorial team, independent of our parent company. Some of our stories include affiliate links. If you buy something through one of these links, we may earn an affiliate commission.