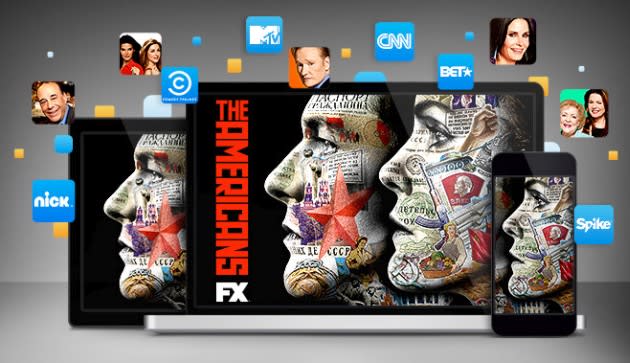 We haven't seen many updates for DirecTV's streaming services in a while, but this week it added a slew of new channels for customers to watch live even when they're away from home. The 22 additions include MTV, TNT, Nickelodeon, BET, Cartoon Network and more ready for viewing on computers, tablets or phones. DirecTV also has the Genie DVRs that can shift recordings to your mobile device, but as the competition with internet TV services heats up the satellite company is finally ready to push a few more updates. All of those features work through the DirecTV apps, but it's worth noting that recently DirecTV has cut deals so its subscribers can use their logins to stream channels (on their own apps) that its app doesn't support yet, like Disney and ABC.

In this article: DirecTV, DirectvEverywhere, hdpostcross, payTV, satellite, streaming
All products recommended by Engadget are selected by our editorial team, independent of our parent company. Some of our stories include affiliate links. If you buy something through one of these links, we may earn an affiliate commission.