The best portable vaporizer (so far)

These WoW-themed soaps will keep your non-virtual body clean 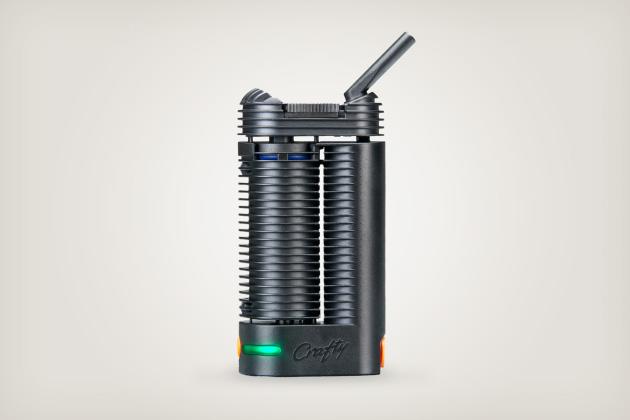 This post was done in partnership with The Wirecutter, a list of the best technology to buy. Read the full article below at TheWirecutter.com.

After testing ten portable vaporizers so far, we recommend the Crafty, a new portable model from Storz and Bickel. Out of all the models we tested, the Crafty was one of the few that could produce the kind of truly tasty, powerful vapor you get from a much bigger unit. At $400, it's an investment, but will make up its cost over time because it vaporizes cannabis more efficiently than its peers. The Crafty heats the herb at the optimal pre-combustion level and keeps temperature constant for the duration of a session, while its cooling unit and swiveling straw keep potent draws comfortable and tasty. As a result, it delivers cleaner, purer, better-tasting vape, and higher highs than the competition.

I'm a columnist, frequent contributor, and video host/producer at VICE Media, and a ten-year veteran of High Times magazine, including as West Coast Editor for the world's best-known marijuana brand. I'm the author of The Official High Times Pot Smoker's Handbook and Legalized It!, and the director of the best-selling marijuana cultivation DVD of all time (Jorge Cervantes' Ultimate Grow). I also produced the video A Gourmet Weed Dinner at Hunter S. Thompson's House for VICE.

Both hard science and anecdotal evidence indicate that vaporizing cannabis offers both the health benefits and euphoric properties of smoking a joint while eliminating potentially harmful chemicals produced by combustion, including naphthalene, benzene, and toluene. (To be clear, there's no positive link between smoking marijuana and lung cancer, but that doesn't make it harmless, either). Vaporizing also offers a "cleaner" taste and, for some, a clearer, longer-lasting cerebral effect than smoking. And it's a far more efficient way to ingest cannabis than smoking, so you end up saving a lot of money on your herb budget while getting just as medicated/high.

Based on the expert input from Tarantola and Black, my own experiences, aggregated reviews from top vaporizer review websites (Vapor Blog, Vaporizer Review, and Vape Critic), and informal discussions with various friends and colleagues, I considered 23 top-rated vaporizers and pens before we narrowed our list down.

To test, I used all of the vaporizers with ground flowers, following manufacturer's instructions. I tested each for clean taste, potency, temperature, portability, and battery life. I evaluated how intuitive each vaporizer was to use and how efficiently each vaped material. Ease of cleaning was an important factor, as the ones that reach combustion are much harder to clean and keep clean.

While we started this search hoping to find a good portable vaporizing pen, I can't recommend any of them. They don't offer good temperature control, and they're not being manufactured to the same standards as larger vaporizers.

The Crafty performed extremely well in our tests: It vaporizes at optimal temperatures and keeps them steady. Compared to most other portable vaporizers, it's not cheap, but it's more efficient than the competition at making your weed vapor potent, and it vaporizes just as well as larger, bulkier vaporizers.

At about the size of a large bar of soap, the Crafty is not the most discreet package. But intuitive design touches (like a vibrating reminder before it powers down and staying on automatically when it senses a breath) are worth the bulk. You get about 45 minutes of active use per charge using a Micro-USB connection, which is a lot of getting high for two casual or one active person over the course of a day. Unlike many other vapes we tried, you can use the Crafty while it's plugged in and being charged. And nearly every section can be taken apart for a thorough cleaning, which means better vapor over a longer lifespan.

Good temperature control is probably the most important element in a vaporizer, as it controls how much THC and cannabinoids you're getting out of your raw materials as well as how safe that vapor will be. Vaporizers generally use conductive heat, in which something hot touches the herb directly, or convection heat, in which uniformly hot air passes through the herb. The Crafty uses a bit of both, keeping your herb dialed in to that good range for as long as you keep the vaporizer battery active, which is probably why they produced the best tasting, most effective vapor of all the models we tried.

If stealth is your main concern, the Crafty can be used discreetly in some instances, because it looks like a breathalyzer or a medical device, but it's more obviously bulky and suspicious than a vape pen. Still, it will fit in your pocket along with a thin wallet and phone. If you can't get the Crafty, our runner-up is the Firefly ($270). It's a bit thinner and longer than the Crafty, with a sleek magnetic face that you remove to fill a borosilicate glass chamber. Its performance and vapor output was just as great as the Crafty's, but it's not quite as intuitive to use and has shorter battery life. The biggest drawback is the learning curve for new users: pressing and holding the button longer heats the herb to higher temperatures with convection heat. The company markets this as a feature that allows you to adjust each draw on the fly. However, it can also mean inconsistency, press too long and you may reach combustion, which makes the vapor taste bad; not long enough and you're inefficient with your weed, which is a waste of money. On the upside, you can buy a spare battery to swap in as needed. If you have some extra money and don't mind a bulkier unit, get the $470 Mighty. It has an even more intuitive design than the Crafty, with temperature controls that don't require smartphone app access, and it has twice the battery power of the Crafty, so it's a good pick for people who like to share with large groups. However, the Mighty is also more expensive and bulkier than our pick.

What about less expensive vaporizers?

At the Wirecutter, we don't take price lightly. But most people are dropping around $50 for an 1/8 oz for plant material; even more with wax. You're putting expensive material into your vape and then breathing fumes in from it. You want something built with quality materials that won't break down.

More expensive vapes like our picks offer two major advantages: better temperature control, often through convection, and cooler vapor with extra distance between the mouthpiece and the heating element. These two things prevent overheating (combustion chemicals) and underheating (inefficient use of cannabis). You could pay $100 less for something, but start to factor in any small advantage in efficiently converting your cannabis into bioavailable vapor over the course of the life of the device and a $200+ vape is going to pay for itself many times over.

The Crafty packs the best in vaporizer technology into a discreet, durable package. With intuitive controls and excellent, constant heat control, it will give you the most high from your weed without the unwanted chemicals from combustion. To read more on our experience with the competition and other models, read our full guide.

In this article: Crafty, Firefly, marijuana, Mighty, pot, syndicated, thewirecutter, vaping, vaporizer, vaporizers, weed, wirecutter
All products recommended by Engadget are selected by our editorial team, independent of our parent company. Some of our stories include affiliate links. If you buy something through one of these links, we may earn an affiliate commission.