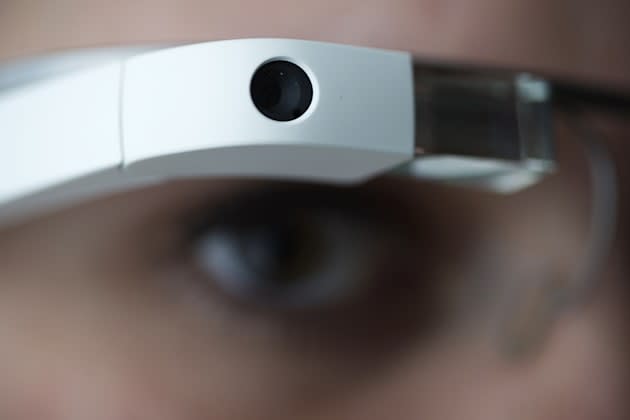 When Nest CEO Tony Fadell took over Google Glass back in February, he pledged to redesign the headset "from scratch." Well, it looks like that process is well underway. In a company meeting today, Luxottica CEO Massimo Vian said the Italian eyewear company is working with the folks in Mountain View on not one, but two new versions of the device. Luxottica owns brands Ray-Ban and Oakley, and if you'll recall, the company worked with Google on frames for the original version of Glass.

"What you saw was version 1," Vian said. "We're now working on version 2, which is in preparation."

Vian also explained that a third version is in the works, and there are currently "second thoughts" on what it'll look like. Aside from the promised redesign, details are scarce on the new model(s), besides reports that it'll be powered by Intel and aim to be what Google's Eric Schmidt calls "ready for users." Speaking of Intel, Luxottica has its own product in the works with the chip maker that's set to debut in 2016.

In this article: glass, google, googleglass, luxottica, wearables, werable
All products recommended by Engadget are selected by our editorial team, independent of our parent company. Some of our stories include affiliate links. If you buy something through one of these links, we may earn an affiliate commission.