Your Apple Watch is late because of bad haptic feedback parts 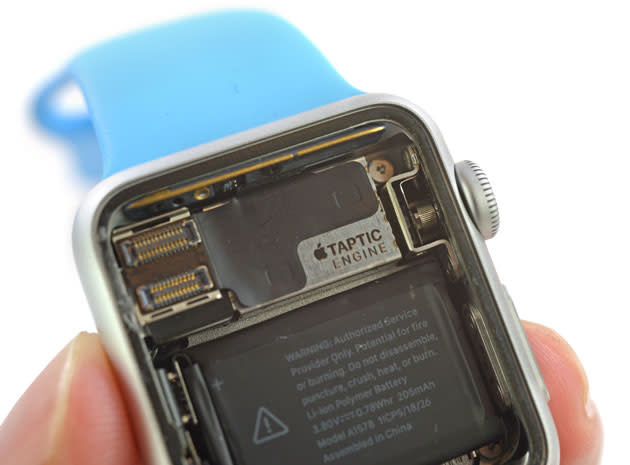 Wondering why your Apple Watch won't ship for weeks, even though you ordered as soon as humanly possible? The Wall Street Journal might know why. Its sources claim that some Taptic Engines (the haptic feedback unit that vibrates your wrist) broke down in early testing, prompting Cupertino to switch suppliers and create a massive-but-necessary logistical headache. From all indications, Apple is pushing many orders to June simply because it expects to get up to speed by then. That won't be much consolation if you're staring at a bare arm for the next month or more, but you'll at least know why you're missing out.

In this article: aactechnologies, aactechnologiesholdings, apple, applewatch, haptic, hapticfeedback, nidec, smartwatch, taptic, tapticengine, watch, wearable
All products recommended by Engadget are selected by our editorial team, independent of our parent company. Some of our stories include affiliate links. If you buy something through one of these links, we may earn an affiliate commission.