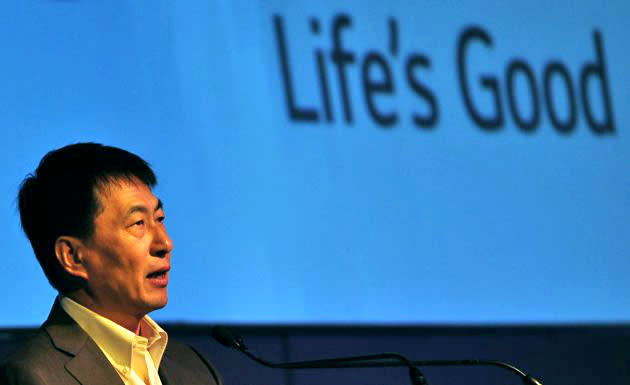 If you had to summarize LG's financial health in a few seconds, you could just shrug and say "life's good." That's because the Korean company is one of the few in the technology industry right now that's actually making a decent profit from the hardware it sells. In the last three months, the company managed to get 15.4 million smartphones out the door, largely due to the fact that LG phones are getting more popular in the US. It may not be an exciting thing to write about, but the company's white goods arm also brought home a sizeable chunk of cash.

On the home entertainment side, the company saw a dip in profits that it's blaming on exchange rates, not to mention the fact that not too many people buy a TV in January. That is, however, not the most interesting tidbit that can be gleaned from the document, which concern LG's plans in the automotive space.

LG Vehicle Components was a new division founded in July 2013, but this is the first time that its activities have been publicly discussed by the company. Right now, the unit isn't making any money -- in fact, it lost $2.18 million -- but executives believe that, as demand for smart and electric cars increases, it'll become a big earner. If you weren't already convinced that the tech industry is about to revolutionize transportation, perhaps the fact that Google, Tesla, Apple, Tencent, Baidu and LG are all now operating in the space will change your mind.

In this article: 2015, Automotive, Financials, G3, GFlex2, hdpostcross, lg, mobilepostcross, Q1
All products recommended by Engadget are selected by our editorial team, independent of our parent company. Some of our stories include affiliate links. If you buy something through one of these links, we may earn an affiliate commission.