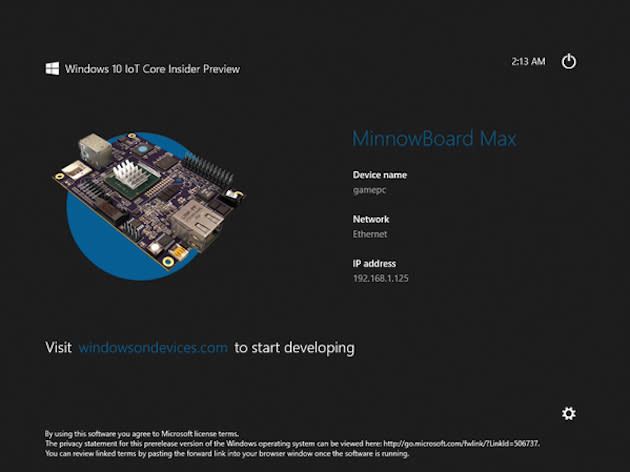 Day one of Microsoft's Build 2015 conference is in the books, but that doesn't mean the news has stopped. The Windows 10 IoT Core Insider developer preview (phew!) has launched for small devices including the Raspberry Pi 2. Redmond admits that it's still pretty rough around the edges, but it's hoping that the maker community can provide feedback for how the platform's turning out along the road to a full release. What's more, the software giant is partnering with Arduino for a series of "Arduino Certified" products to bring the ubiquitous DIY boards into the Windows family and take advantage of all that the software has to offer. For example, cloud computing, a familiar user interface, image processing and a ton more. It follows the theme of bringing everything under one roof that Nadella and Co. have been so vocal about lately, and should hopefully help tinkerers develop some pretty powerful stuff in their garage.

The Windows IoT shell is a Universal app like any other on Win10. That's all your RPi will do :D pic.twitter.com/GwVkUxUCPA

This is what your Raspberry Pi 2 running Windows 10 will boot up to (you can run the x86 version on your desktop): pic.twitter.com/td1qonbdhX

In this article: Arduino, build2015, InternetOfThings, IOT, microsoft, RaspberryPi, RaspberryPi2, windows, windows10
All products recommended by Engadget are selected by our editorial team, independent of our parent company. Some of our stories include affiliate links. If you buy something through one of these links, we may earn an affiliate commission.