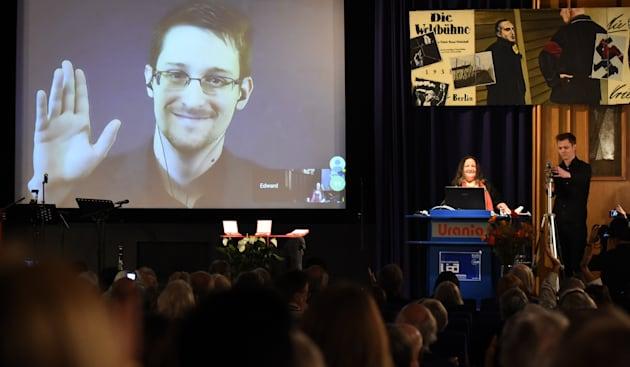 Surprising no one, NSA whisteblower Edward Snowden is mighty pleased by yesterday's court decision, which deemed the agency's widespread surveillance program illegal. Speaking via livestream at the Nordic Media Festival, Snowden noted that the importance of the decision "can't be overstated," Forbes reports. "This decision will not affect only the phone metadata program," he said. "It will affect every other mass surveillance program in the U.S. going forward." The ruling was, after all, exactly what Snowden was going for when he leaked details about the NSA's data collection methods to the press. While the courts didn't call for the NSA to stop its surveillance programs, it's certainly a step in the right direction.

"This being struck down is really a radical sea change in the level of resistance that the United States government has placed thus far," Snowden said. "So far, courts have said basically, it's not our place or our role to tell the executive branch of the government how to do their job. It is extraordinarily encouraging to see the court are beginning to change their thinking to say 'if Congress will not pass reasonable laws, if the executive will not act as a responsible steward of liberty and rights in how they execute the laws, it falls to the courts to say this has gone too far.'"

In this article: EdwardSnowden, NSA
All products recommended by Engadget are selected by our editorial team, independent of our parent company. Some of our stories include affiliate links. If you buy something through one of these links, we may earn an affiliate commission.