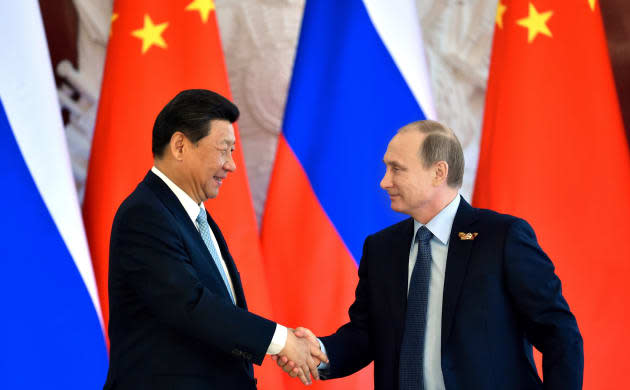 Russia and China have further solidified their growing friendship this week by making a cybersecurity pact. According to The Wall Street Journal, the two countries have sworn not to launch cyberattacks against each other. They've also agreed to an exchange not only of technologies, but also of information (such as data about cyber threats) between their law enforcement agencies. In addition, the two heads of states promised to have each other's backs and thwart any technology that might "destabilize the internal political and socio-economic atmosphere," "disturb public order" or "interfere with the internal affairs of the state" together.

The two countries have been friends since the end of the cold war. But Russia has been turning to the East more and more after its military actions in the Ukraine affected its relationship with the US and the rest of Europe. The WSJ says this new agreement "is the latest sign that Beijing and Moscow favor changes to global Internet governance that would reduce the traditional role of the US." Both nations believe the government should have tighter control over the internet and their people's digital information. It's also in line with Russian Minister of Communications Nikolai Nikiforov's confirmation last year that the country's conjuring up a plan of action to take in case their "esteemed partners [US and Europe] suddenly decide to shut [them] off from the Internet."

As for China, well, everybody knows the country's frenemies with the US, even though things have been awkward since the DOJ charged five Chinese military men for espionage in 2014. Sure, it made this pact with Russia, but it also recently started working with Homeland Security to fight cyber criminals.

In this article: china, cybersecurity, russia
All products recommended by Engadget are selected by our editorial team, independent of our parent company. Some of our stories include affiliate links. If you buy something through one of these links, we may earn an affiliate commission.